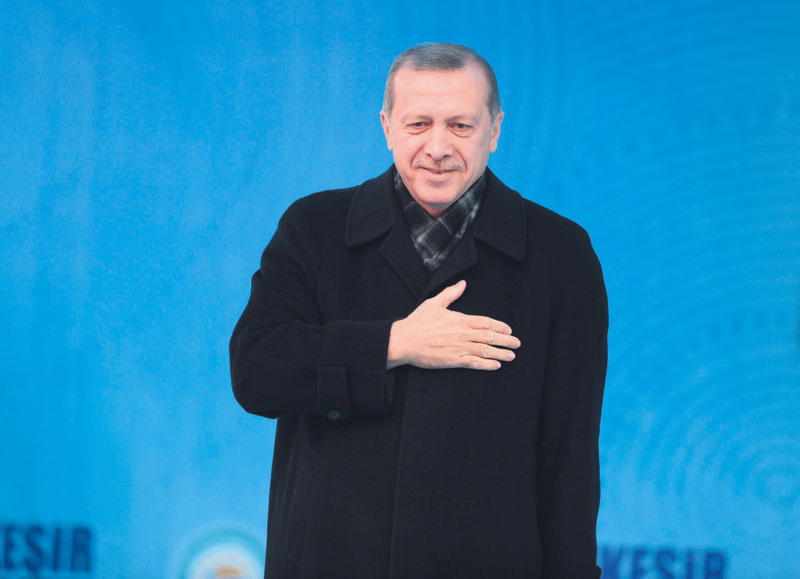 by Daily Sabah Mar 15, 2015 12:00 am
Speaking against the closure of parties, a topic that has been sparking hot debates in Parliament, President Recep Tayyip Erdoğan said individuals should be punished for their mistakes, rather than an entire party. Reiterating that he has always sided against party closures, Erdoğan said it is unjust to penalize an entire party because of a flaw of its leader or a member.

In the western province of Balıkesir, Erdoğan touched on the debate of party closures, which broke with an allegation made by the main opposition Republican People's Party (CHP) that the closure of their party was sought by certain groups and individuals. Upon the allegation, the Justice and Development Party (AK Party) submitted a proposal to Parliament to mend the procedure of shutting down political parties in the Constitution. The bill passed the Constitutional Commission.

According to the bill, the request to shut down a political party will now be filed with a parliamentary commission once such a demand is received from the Court of Appeals' prosecutor. The request will be accepted only if two-thirds of the commission members support it after a secret ballot.

Such a parliamentary commission will consist of five members from each political party and will be chaired by the speaker of Parliament.

"When I was prime minister in 2010, I called on [the opposition] to take the necessary precautions to hamper the closure of parties. Three parties had left Parliament upon my call. We could not get the chance for a referendum. Now it has come to Parliament again and will hopefully pass. I hope it becomes a thing of the past," Erdoğan said.
Last Update: Mar 16, 2015 9:44 am
RELATED TOPICS