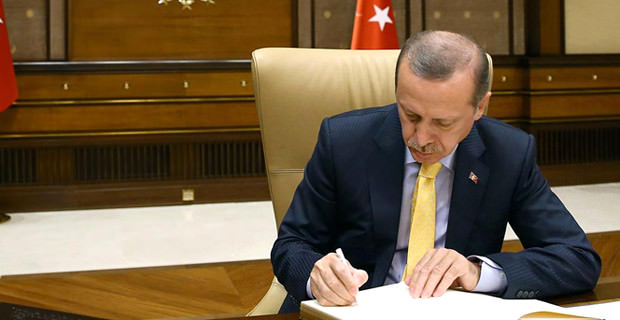 by Daily Sabah May 19, 2015 12:00 am
President Erdoğan appointed former head of 14th Penal Chamber Mehmet Akarca as the supreme court of appeals prosecutor late on Monday.

The former supreme court of appeals prosecutor was Hasan Erbil, who resigned from the post.

Newly appointed prosecutor Akarca was one of the candidates agreed upon in the general assembly of the Supreme Court on 28 April.
Last Update: May 19, 2015 3:31 am
RELATED TOPICS