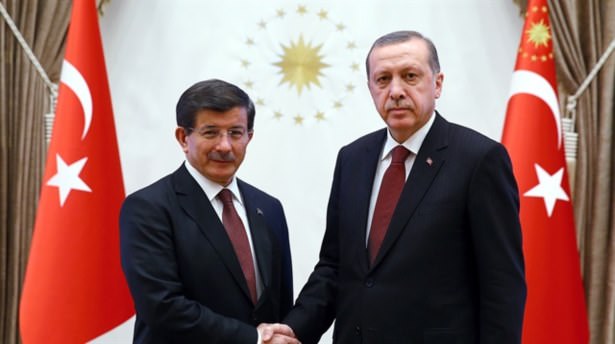 by Daily Sabah with Agencies Jun 09, 2015 12:00 am
President Recep Tayyip Erdogan on Tuesday accepted the resignation of the cabinet but asked the prime minister and his team to stay on until a new government is formed.

The election results have left the country facing either a coalition government or early elections, with no party able to win the majority of seats in the parliament.

Erdoğan hosted Prime Minister Ahmet Davutoğlu for an hour of closed-door talks inside the vast new presidential palace in Ankara.

"Mr. President accepted today the resignation of the cabinet that was presented by Prime Minister Ahmet Davutoğlu," Erdoğan's office said in a brief statement.

The expected move was purely procedural and Erdoğan will host Davutoğlu again at a later date to discuss starting coalition talks with other parties, according to government sources.
Last Update: Jun 09, 2015 9:16 pm
RELATED TOPICS