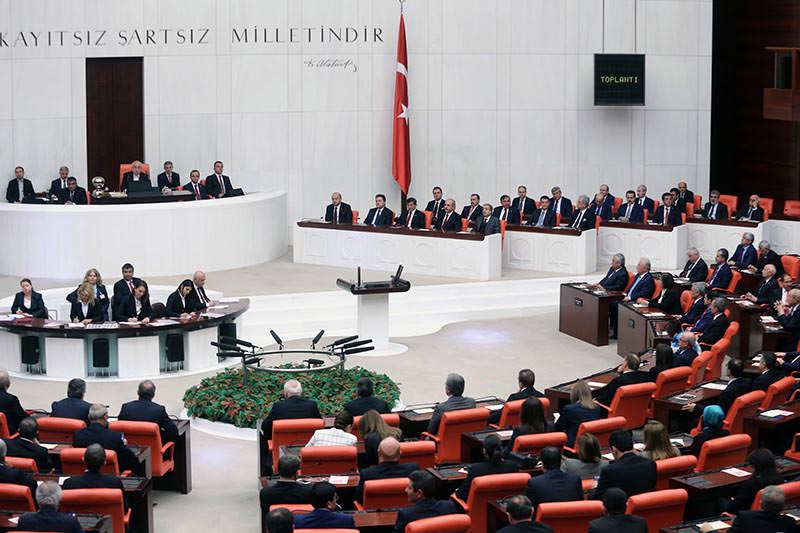 by Daily Sabah with AA Jun 22, 2015 12:00 am
Turkey's pro-Kurdish Peoples' Democratic Party (HDP) has announced the name of Dengir Mir Mehmet Fırat as its candidate for parliament speaker.

"We took opinions and suggestions from our party members during our party meeting and decided to send Dengir Mir Mehmet Fırat as our candidate for parliamentary speaker," HDP co-leader Selahattin Demirtas told journalists before a meeting of his party's top decision-making body Monday.

Fırat was elected HDP's Member of Parliament from Turkey's southern Mersin province and in the past was the deputy chairman of the Justice and Development (AK) Party.

According to the official June 7 election results, HDP won 80 seats in the Grand National Assembly of Turkey (TBMM).

The parliament's first plenary session is expected on June 23 during which the oath-taking ceremony of the newly-elected members will take place. After the swearing in ceremony, parliament members will elect the speaker.

The Republican People's Party's (CHP) Deniz Baykal -- as the oldest oldest parliament member at 76 -- will preside over the assembly as acting speaker until another speaker is elected to the parliament.

The fourth round of balloting takes place between the two candidates who obtained the most votes if an absolute majority cannot be obtained in the third round. The candidate that receives the majority of the votes in the fourth round is assigned as Parliament speaker. The vice speaker positions are divided among the political parties, starting with the party with the highest share of seats, provided that two of the positions are designated to the party with an absolute majority.