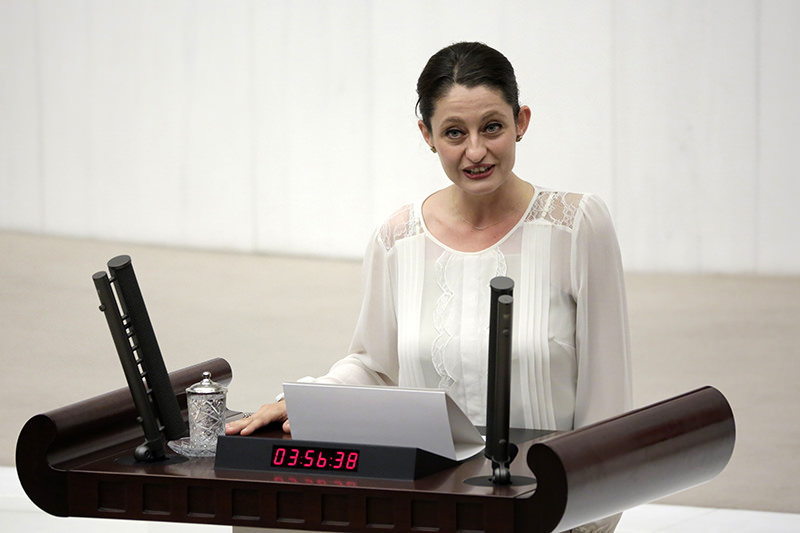 | AA Photo
by Daily Sabah Jul 03, 2015 12:00 am
The Republican People's Party (CHP) on Friday has nominated Istanbul deputy Şafak Pavey as their candidate for the deputy parliamentary speaker position at the Grand National Assembly of Turkey (TBMM).

Pavey was nominated following an election held amongst party members and is the CHP's only candidate for the position. She is expected to be the second woman deputy parliamentary speaker succeeding Güldal Mumcu who served in the previous term.

On July 1, the AK Party's İsmet Yılmaz became the new Parliament Speaker as he received 258 votes in the fourth and final round of the election. He served as the Minister of National Defense in the third Erdoğan and first Davutoğlu cabinets.