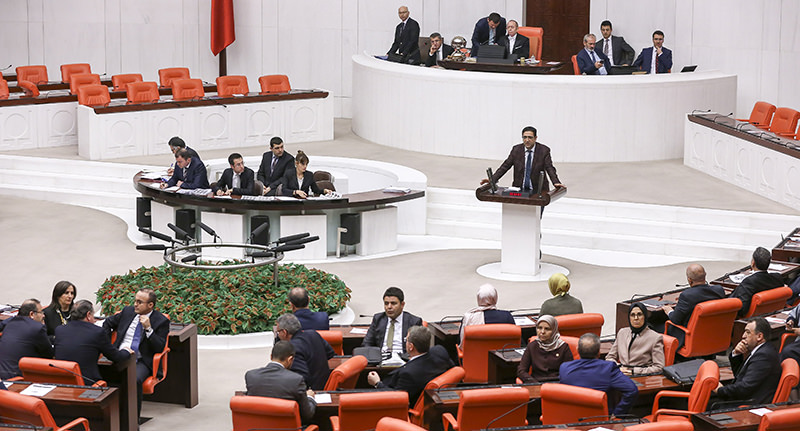 | AA Photo
by Daily Sabah Feb 18, 2016 12:00 am
The Peoples' Democratic Party (HDP) refused to sign the joint declaration condemning the deadly Ankara terrorist attack by the PYD/YPG, which killed 28 people and wounded 61 on Wednesday evening.

According to reports, deputies from the HDP refused to sign the declaration, which was signed by the Justice and Development (AK) Party, Republican People's Party (CHP) and the Nationalist Movement Party (MHP).

"We strongly condemn the inhumane terrorist attacks directed at our unity, peace and security" the statement read.

The statement also noted that terror will never reach its goals and that Turkey will never submit to terrorism.

According to reports, Parliamentary Group Deputy Chairman Akif Hamzaçebi, did not read the statement out loud as all four parties in the parliament are required to sign it to be considered as an official declaration.

HDP deputies and chairpersons have repeatedly failed to condemn terrorist attacks carried out by the PKK and are accused of adopting a pro-PKK policy following the elections.

Turkey has repeatedly voiced its concern over the PYD's affiliation with the PKK terrorist group and the sharing of logistical information and weaponry between them.

PKK is recognized as a terrorist organization by the U.S., the EU and Turkey. Formed in 1978, the terrorist group has been fighting for an independent state until the early 2000's. The group then shifted its goal to autonomy in predominately Kurdish inhabited regions of Turkey.