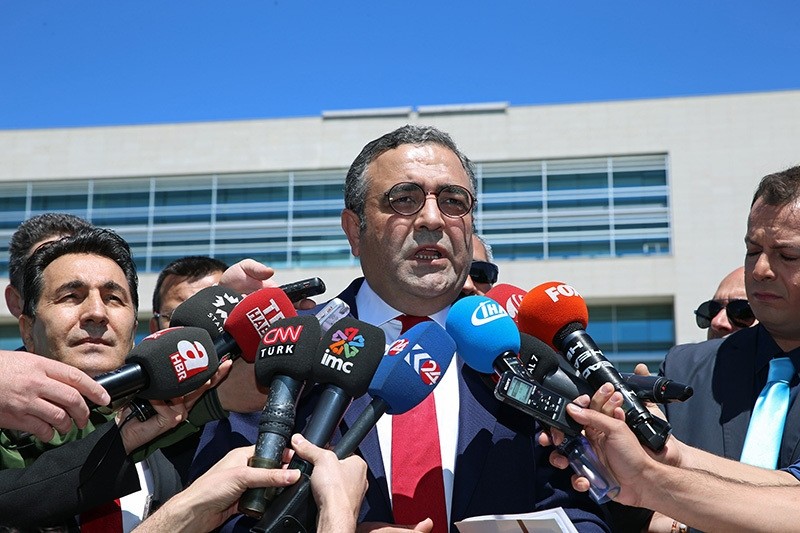 Main opposition Republican People's Party's (CHP) Istanbul Deputy Sezgin Tanrıkulu has made the first application to the Constitutional Court (AYM) against the recently passed bill to lift some deputies' parliamentary immunities. This was shortly followed by 58 members of the Peoples' Democratic Party (HDP) submitting the same application to the AYM on Thursday afternoon.

CHP has recently been experiencing an intra-party dispute about the immunity bill, as the administration had been trying to convince its deputies to make individual applications while party members insist on making a collective application as a party. Reasoning that a co-signed appeal could cause speculations of cooperation with the HDP, the party stated in a message sent to party members that deputies who decide to make individual applications will be given technical support and information by Tanrıkulu, highlighting that May 26 is the last day to submit applications.

CHP deputies did not vote as a bloc to lift parliamentary immunities, even though Kılıçdaroğlu said that CHP would vote in favor of the draft. The first round had 448 yes votes, showing that most CHP deputies voted against the bill. But considering the risk of a referendum and possible speculation of cooperation between the CHP and HDP, some CHP deputies changed their votes in the second and final round, as the bill passed with 376 votes in favor.

The HDP recently asked the CHP to join it to fight against the immunity bill. The CHP has long refused to cooperate with the pro-Kurdish HDP. In an interview with the Birgün daily, CHP spokeswoman, Deputy Chair Selin Sayek Böke, said the CHP and HDP should form an alliance against the Justice and Development Party (AK Party). Former CHP Chairman Deniz Baykal criticized the party for being close to the HDP. Sources indicate that currently 51 CHP and 53 HDP deputies have dossiers filed against them.