Germany claims it does not tolerate PKK despite evidence 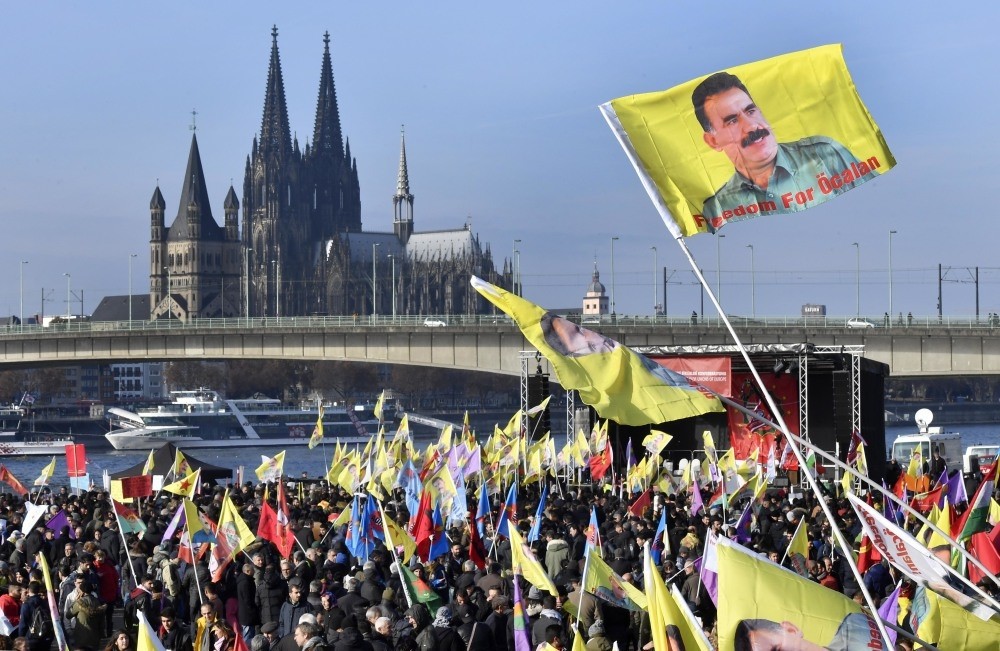 The German state and Chancellor Merkel's government have been trying to refute claims that they tolerate the PKK's activities in Germany. However, German intelligence reports and other evidence as well as the Turkish government's criticism, reflect a different reality

Ankara has been accusing Berlin of supporting the PKK terrorist group and failing to collaborate on the extradition of fugitive terrorists. Although the German state vehemently denies that it supports the terrorists, the issue has been on the agenda for quite a while.

Hans-Georg Maassen, Germany's head of the German Federal Office for the Protection of the Constitution, recently denied claims that Germany has not responded to more than 4,000 requests from Ankara for the extradition of fugitive PKK terrorists.

Ankara has harshened its tone toward the German government over the last couple of weeks due to strife with regard to the alleged support for the PKK.

"That accusation is completely unjustified. We have been working for many years to ensure that the PKK in Germany poses no danger to Germany or Turkey," Hans-Georg Maassen told reporters.

However, Foreign Minister Mevlüt Çavuşoğlu said on Tuesday that there were outstanding legal cases against 4,500 PKK members in Germany, but only three suspects had been sent back to Turkey so far.

"Germany lends these [terrorists] very significant support. I gave Chancellor [Angela Merkel] 4,000 documents regarding this. When I asked her about what they have done, she said that the judicial process was continuing," President Recep Tayyip Erdoğan said in late July, pointing the finger at the German government for their lack of cooperation.

Even though German authorities deny that the government does not tolerate the PKK, Germany has allowed PKK propaganda to be spread by supporters of the terrorist group, allowing rallies to be held freely and even allowing a public speech by a senior leader of the group.

Despite the PKK being an internationally recognized terrorist organization, in 2011, Germany allowed PKK terrorist leader Murat Karayılan to speak via video conference call at the 19th Kurdish Cultural Festival in Köln.

German deputy Nicole Gohlke from the Left Party attended a PKK rally on Oct. 18, 2014 where she gave a speech in front of a banner of imprisoned PKK leader Abdullah Öcalan and much to Turkey's dismay, raised the PKK flag. Upon the Munich prosecutor launching an investigation, Gohlke's immunity was lifted and she was fined 1,000 euros.

Regional Deputy Jan van Aken also showed a PKK flag during a speech in the Bundestag in March 2015.

Despite Germany's tolerance toward the PKK, a report by the German Federal Ministry of the Interior stressed the significance of PKK threat.

"The current situation in Turkey and the other Kurdish settlement areas may well trigger proxy fights between PKK adherents and right-wing extremist Turks or Islamists. This is a permanent threat to Germany's internal security," the report said.

A newspaper affiliated with the PKK enjoys the freedom of publishing in Germany as well. The daily, Yeni Özgür Politika, recently glorified a terrorist attack against a district governor in Turkey. The German government has so far not taken any action against the daily despite public uproar in Turkey.
RELATED TOPICS