Constitutional proposal to go to parliament within a week, says PM Yıldırım 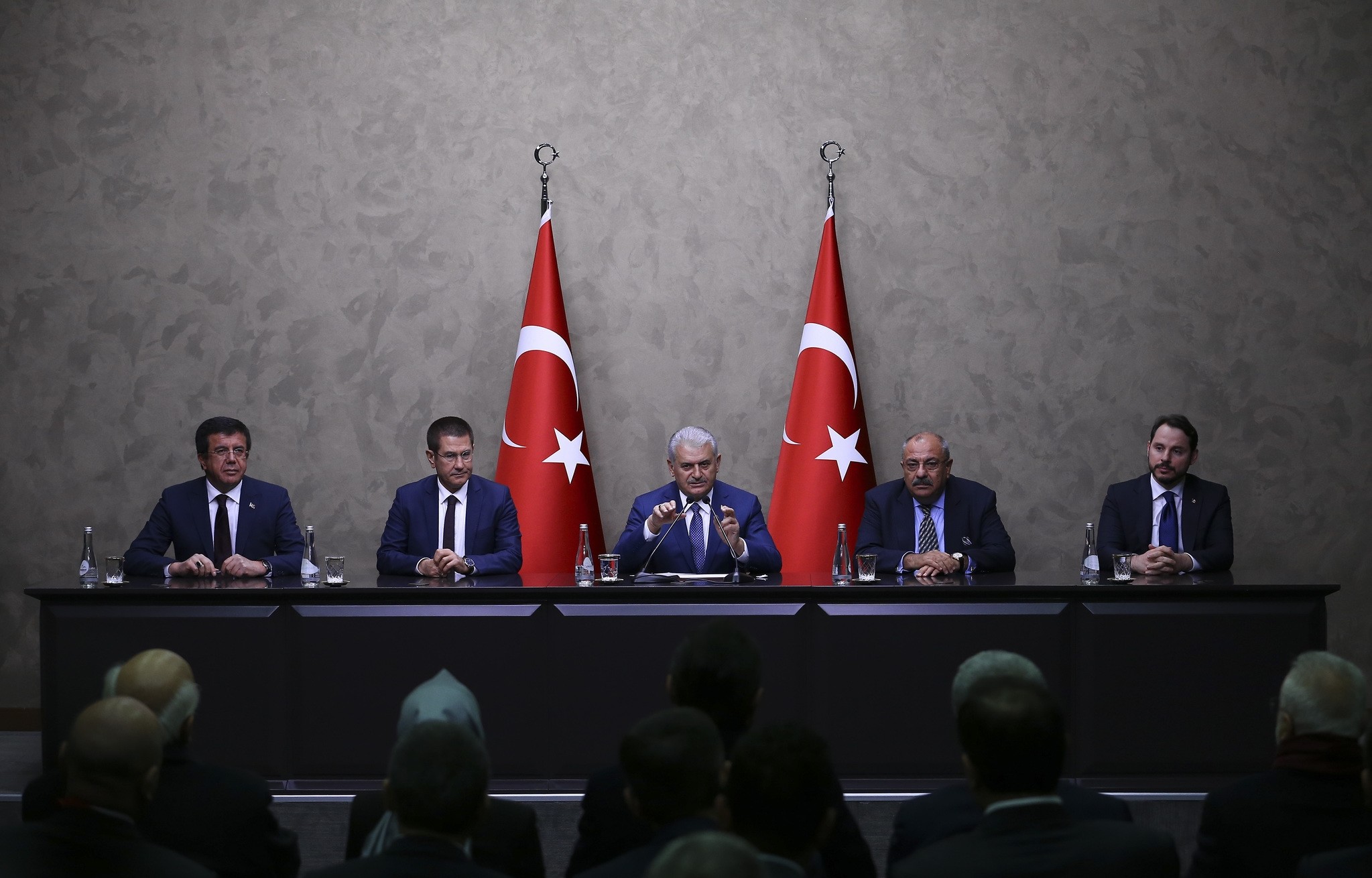 Prime Minister Binali Yıldırım Monday said review work on the new constitutional amendment package, which includes the new presidential system, are still ongoing and the package will be expected to brought to Parliament later this week.

Speaking at the Justice and Development Party (AK Party) headquarters before budget talks, Yıldırım said a significant process has been preceded in talks on the amendment package, which was carried out by the opposition Nationalist Movement Party (MHP).

"The deputies are still discussing on some points of the package. They are reporting about these meetings to us and Mr. Bahçeli [MHP leader]. Reviewing on the proposal will continue until we introduce it. The package will also be discussed at the Constitution Commission," said the prime minister.

Yıldırım held a surprise meeting with MHP leader Devlet Bahçeli later on same day at the Parliament, where the two leaders reportedly agreed on the details of the new constitutional package.

"Deputies from both parties are working on the details and carrying out technical studies over the amendment package. We will present the proposal to Parliament by the end of this week," Yıldırım said while answering questions from reporters on his meeting with Bahçeli.

Last week, AK Party deputies began signing the proposal for the new constitution and Yıldırım alongside the MHP Chairman Devlet Bahçeli announced that an agreement has been reached between the two parties on the outline for the constitutional amendments.