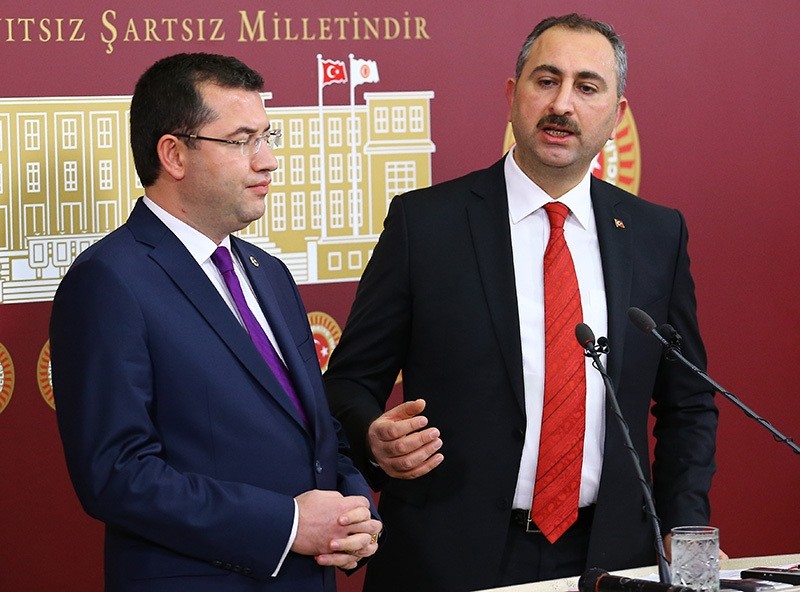 As the ruling Justice and Development Party (AK Party) and opposition Nationalist Movement Party (MHP) agreed on the draft for the long-sought constitutional reform, including a switch to presidential system, after increased traffic on Saturday, the draft was presented to the Parliament.

Gül said that the draft, including 21 articles, was signed by 316 AK Party deputies. The party holds 317 out of the 550 seats in the Parliament.

He added that seven articles previously agreed by AK Party, MHP and the main opposition Republican People's Party (CHP) in the parliamentary constitution commission were also added to the constitutional reform draft.

Parsak said that constitutional reform package does not challenge the basic principles of the national and unitary state, which are defined in first four articles of the constitution.

Here are the changes to agreed in the draft:

The main change in the reform, which was announced earlier, is the abolishment of prime ministerial post and the president becoming the only executive branch, who will be authorized to issue decrees. The draft also proposes that the president can remain a member of a political party.7

A vice-presidential post will also be established and ministers will be subordinate to the president.

The president will be able to abolish the parliament, effectively ending his own term.

Changes to the parliament

The package also changes the number of deputies in parliament from 550 to 600 and the age requirement for deputy selection will be reduced from 25 to 18 years of age. Party candidates who are not elected the parliament in parliamentary elections will serve as substitute deputies in a case deputy's seat from their respective electoral region becomes vacant.

Prosecution of the president

On Saturday, the main article that the two parties agreed on the draft was referring the president to the Constitutional Court, which serves as the Supreme Court, in a three-layered method. This issue was among the most debated as Turkey's current political system lacks effective accountability for the executive branch.

Current constitution provides immunity to the president only for treachery charges, whereas the draft foresees prosecution for all charges accepted by the parliament.

Changes to the legal system

The number of members of the Constitutional Court will decreased from 15 to 17, two members from the Military Supreme Court of Appeals will be removed.

Military courts will completely be removed except for disciplinary charges.

Commander of the Gendarmarie Forces, who was previously subordinated to the interior minister, will be removed from the membership of National Security Council (MGK).