Parliament extends state of emergency for another 3 months 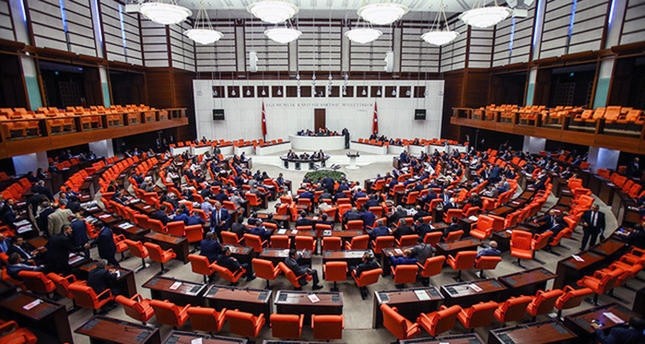 Turkey's state of emergency will be extended for another three months, the government said Tuesday.

Kurtulmuş told reporters that ministers decided the state of emergency would be extended as of Jan. 19 for 90 days, with parliament's approval.

He attributed the reason for the extension to the presence in public institutions of the Gülenist Terrorist Organization (FETÖ) that the government accuses of staging an attempted government overthrow in July.

"The clearance of FETÖ elements from the state has not yet been completed. We need the application of the state of emergency until the end of the clearing of FETÖ and all terror groups in state," he said.

The state of emergency was imposed after last year's July 15 coup attempt by the Gülenist Terror Group (FETÖ) as part of the government's efforts to investigate the FETÖ network.

The first state of emergency was initially imposed by Parliament on July 21 and then extended again on Oct. 11. The new three-month extension will be imposed as of Jan. 19.

The failed July 15 coup attempt, which left 241 people dead and nearly 2,200 injured, was organized by followers of FETÖ leader Fetullah Gülen, who has lived in self-imposed exile on a 400-acre property in the foothills of the Pocono Mountains in Pennsylvania since 1999. Gülen has led a long-running campaign to overthrow the state through the infiltration of Turkish institutions, particularly the military, police and judiciary, forming what the government has called the "parallel structure.