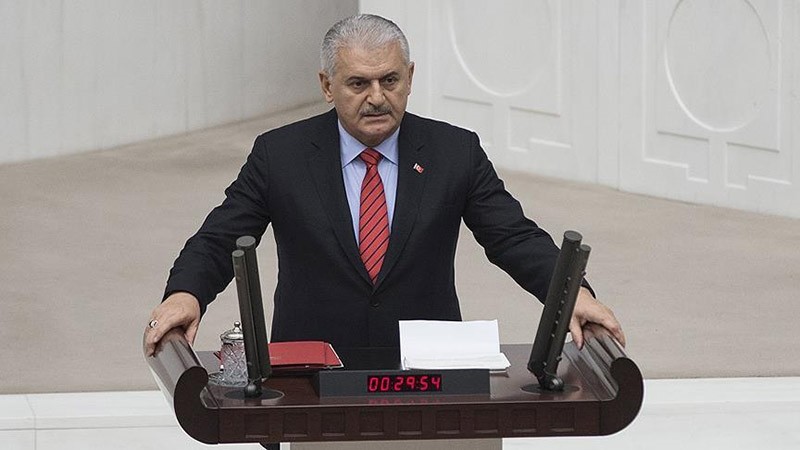 As the parliament started on Monday to vote on the amendment package to discuss constitutional change, which was accepted by 338 votes after long debates in the General Assembly, Prime Minister Binali Yıldırım said that the constitutional change will completely solve the country's existing and potential political problems in the future.

Addressing the General Assembly late Monday, Yıldırım said "We'll talk about Turkey's future and the constitutional change will be discussed in all its details today, and I hope that the discussion will be completed with the participation of all parties."

Yıldırım highlighted the importance of the nation's will for the change, and said that "Turkish citizens have never made a mistake in politics so far, but we, as politicians, can make mistakes, thus we trust people's decisions."

Yıldırım noted that the package aims to provide a system that all parties will be able to easily reconcile each other in assembly, and said that the balance of powers will be provided also.

The Justice and Development (AK Party) Party has been seeking to replace the current parliamentary system with a presidential one, saying there are flaws in the system that are holding back Turkey's development.

AK Party officials repeatedly called on the opposition Nationalist Movement Party (MHP) and the Republican People's Party (CHP) to support efforts for a new constitution which is more civil and democratic.

The draft constitution has so far received support from the MHP, but not from the CHP.

The government plans to put the amendments to a public referendum after the parliament's approval.