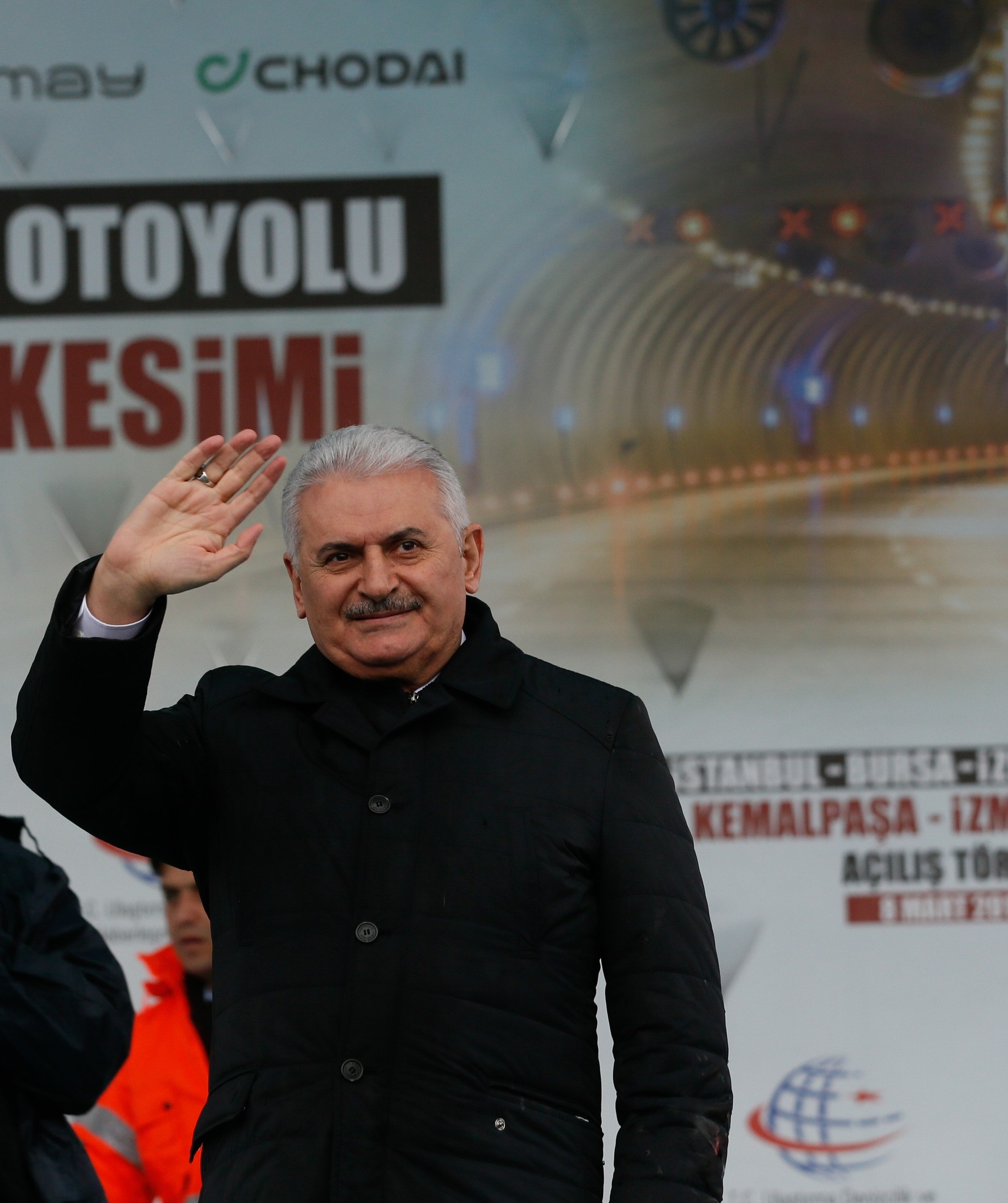 Binali Yıldırım jokingly thanked main opposition leader Kemal Kılıçdaroğlu yesterday for better justifying the constitutional changes, in reference to his gaffe about the presidential system saying, ‘if the PM and president are from different political parties in the new system, what would happen?,' seemingly forgetting the new system would not have a prime ministerial post

The main opposition Republican People's Party (CHP) Chairman Kemal Kılıçdaroğlu made another gaffe in his recent statements on the proposed change to the presidential system. Prime Minister Binali Yıldırım, addressing a large crowd in İzmir yesterday, thanked the main opposition leader for explaining the presidential system better than the AK Party.

"If the prime minister and the president are from the different political party, what would happen if they do not get along,' he [CHP leader] said. Actually, Mr. Kemal explained what we couldn't to all of Turkey," Yıldırım teasingly said.

As part of his referendum campaigning trip, Prime Minister Yıldırım addressed residents of İzmir where he began his remarks with criticisms against the main opposition CHP leader over his lack of knowledge of the constitutional amendment package.

The CHP's Kılıçdaroğlu, in a radio program, recently tried to criticize the presidential system saying, "What if the president and the prime minister do not get along in the new system." However, the constitutional amendment package foresees the president as the head of the executive branch of government, thereby abolishing the Prime Ministry and allowing the president to give executive orders and appoint parliamentary deputies as well as cabinet members.

In that respect, Prime Minister Yıldırım ridiculed the CHP leader over his lack of knowledge of the amendments and he went on to express his gratitude to Kılıçdaroğlu for providing better insight into the system change.

"'What if the president and the prime minister do not get along,' he said. Mr. Kemal [Kılıçdaroğlu] explained to all of Turkey what we couldn't. However, we are saying the exact same thing… The new system actually abolishes conflicts and authority disputes. But there is one detail in the system change that Kılıçdaroğlu is unaware of," Yıldırım said. "He was probably tired too."

The prime minister continued his remarks by addressing the constitutional amendment as he noted that the current constitution has completed its "lifespan."

Underlining that the current constitution is "not enough" for Turkey, Prime Minister Yıldırım pointed to the constitutional amendment to lower the age of deputy candidacy to 18 years of age.

"The youth will join politics thus increasing competition and bringing heat to politicians," he said.

Reiterating that all terror groups, including the PKK, the Gülenist Terror Group (FETÖ) and Daesh have joined forces in the "no" bloc, Yıldırım vowed to end terror groups.

"The current system never brought stability in the past, and as long as it exists, the fear of instability will remain… We do not want Turkey's gains to go to waste," Yıldırım added.

Analogous to his remarks, the minister of justice, speaking on Wednesday in Çorum, also criticized main opposition leader Kılıçdaroğlu's gaffe on the constitutional amendment.

"Let's bring a system that does not allow conflicts [between authority]," he said as he called on the CHP leader.

Stating that stability will be ensured with the new system, Justice Minister Bekir Bozdağ explained that the Turkish government has taken steps to provide stability in governing.

While stressing that Turkey has long suffered from disputes and conflicts between presidents and prime ministers over time, Bozdağ criticized the CHP leader.

On Dec. 30, a constitutional committee of deputies from the ruling Justice and Development Party (AK Party) and the opposition Nationalist Movement Party (MHP) submitted a proposed bill to Parliament for ratification. After Parliament approved the constitutional amendments on Jan. 2, with deputies completing two rounds of voting on 18 articles, the changes were ratified by President Recep Tayyip Erdoğan.

A total of 339 deputies voted in favor of the package that will be brought to a referendum on April 16.
RELATED TOPICS