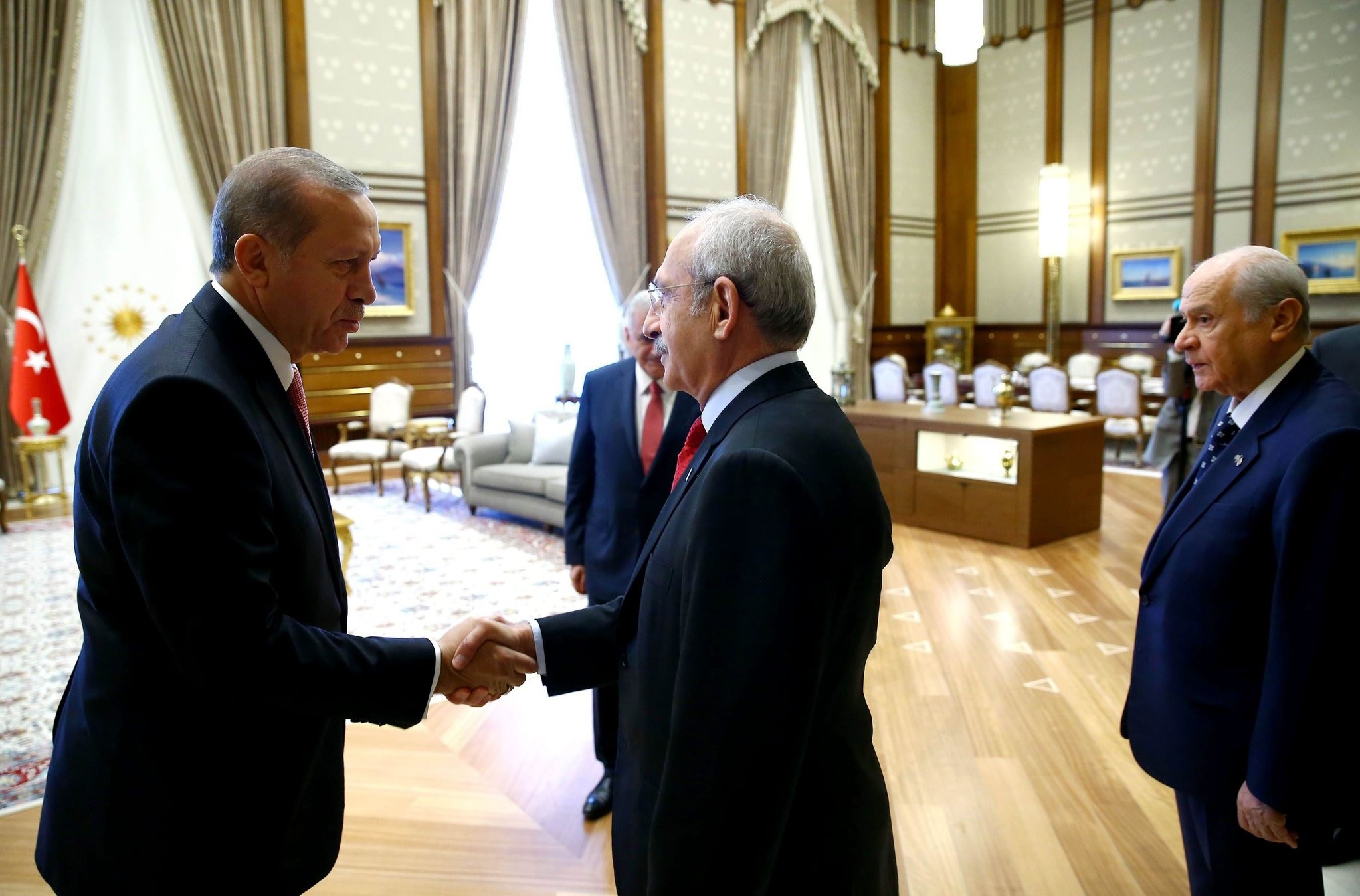 Responding to a question after delivering the opening speech at the Turkish parliament's third legislative session on Sunday on whether he would discuss the issues with Republican People's Party (CHP) Chairman Kemal Kılıçdaroğlu and Nationalist Movement Party (MHP) leader Devlet Bahçeli, Erdoğan said that he was due to hold a meeting with Bahçeli Thursday.

"I will have a meeting with Mr. Bahçeli Thursday. Then I will invite Mr. Kılıçdaroğlu to listen to his views on this," Erdoğan said at a reception in Parliament over the weekend.

The president said that the meetings with Bahçeli and Kılıçdaroğlu will diversify Turkey's response to the KRG referendum.

Ankara has strongly opposed the idea of an independent Kurdistan region. Erdoğan previously warned the KRG that the independence ambition may result in large-scale sanctions that would put Irbil in a difficult situation.

"You will be left in the middle from the moment we start implementing sanctions and it will be finished when we close a valve. All your income is gone. When the trucks stop going to northern Iraq, they will not be able to find food or clothing. That's what the situation will lead to. Why? We have to do this," Erdoğan said.

Monday's illegitimate polls saw Iraqis in KRG-controlled areas and in a handful of territories disputed between Irbil and Baghdad, including ethnically mixed Kirkuk and Mosul, vote on whether or not to declare independence from Iraq's central government.

After Turkey's stern warnings fell on deaf ears, Prime Minister Binali Yıldırım expressed another warning, saying that the KRG would be "responsible for any future events in the region."

Yıldırım said that the KRG would pay a heavy price for the illegitimate referendum and its administration will be the only one responsible for the things to come.

The referendum faced widespread opposition from most regional and international actors, many of whom warned it would further destabilize the region and distract from the ongoing fight against Daesh.

"Besides our Kurdish brothers, many other ethnic groups live there. The KRG, by holding the referendum, with no respect for opinions, has shown a greedy attitude. It is playing with fire," Yıldırım said.

Meanwhile, sources claimed that a cross-border military operation, as a retaliation to the vote, was not off Turkey's list of options.

Recently the Turkish and Iraqi armies jointly kicked off a military drill near the Iraqi border. The move was interpreted as a signal that the two militaries could take action against the KRG.

Prior to the independence vote, Turkey's opposition parties united with the government in condemning the move.

MHP Chairman Devlet Bahçeli spoke out against the referendum as well, urging Barzani to cancel the vote.

He said that the KRG should cancel the planned vote and called it an"existential issue for Turkey."