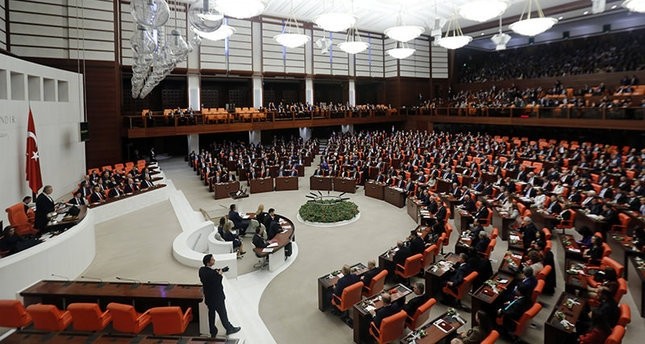 All four parties in the Turkish parliament signed a joint statement late Wednesday, declaring Turkey's resolve to reject the United States' decision to recognize Jerusalem as the Israeli capital.

The ruling Justice and Development Party (AK Party), main opposition Republican People's Party (CHP), the Nationalist Movement Party (MHP) and the Peoples' Democratic Party (HDP) signed the statement, which emphasized "The absolute and unquestionable resolve of Turkish parliament to reject this dangerous attempt [the US' decision to recognize Jerusalem as Israeli capital] is hereby declared."

Speaking in a joint news conference with Jordanian King Abdullah, Erdoğan said that Turkey and Jordan shared the same views regarding the status of Jerusalem.

"The wrong step [expected] to be taken regarding Jerusalem's status will be the cause of indignation in the Islamic world. It will [undermine] the foundation for peace and will light the wick of new works," Erdoğan said, adding that peace and security in the Middle East cannot be sacrificed for the sake of domestic politics.