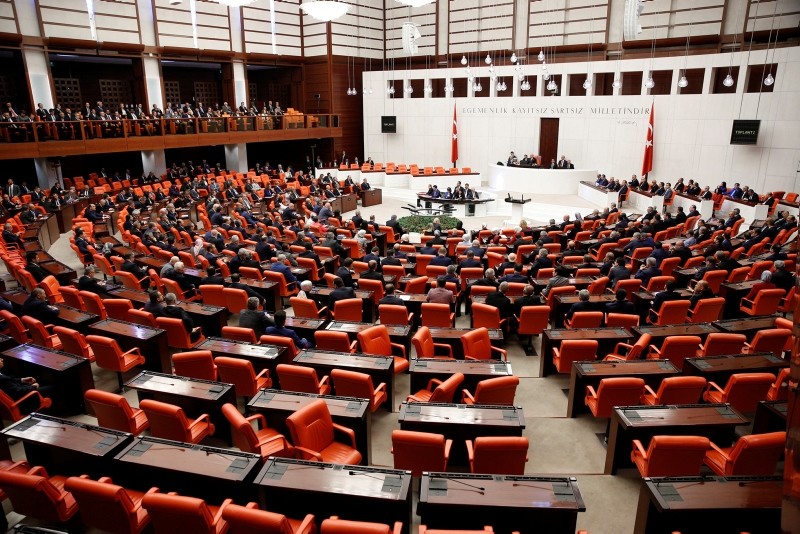 A general view of the general assembly hall of the Grand National Assembly of Turkey. (File Photo)
by Daily Sabah Jun 27, 2018 12:00 am

As Turkish voters decided Sunday on the new composition of the parliament, interesting features about the deputies come to light.

In the 600-seated parliament, the most common name is Ahmet, a widely used name in the Muslim world, with 31 deputies. Ahmets are present in all five parties that entered the parliament in the June 24 elections, namely the Justice and Development Party (AK Party), the Republican People's Party (CHP), the Peoples' Democratic Party (HDP), the Nationalist Movement Party (MHP) and the Good Party (IYI Party – IP).

The second most common name is Mehmet, a version of Arabic name Mohammed, which is again present in all political parties among 27 deputies. It is followed by Mustafa with 20, Ali with 12 and Ibrahim with 8 deputies.

The most common female names are Emine with 5 deputies, Ayşe with 4 and Fatma with 4.

When the 600 deputies are sorted out by profession, 62 are lawyers, 44 are former bureaucrats, 40 are businesspeople, 34 are engineers and 24 are doctors.