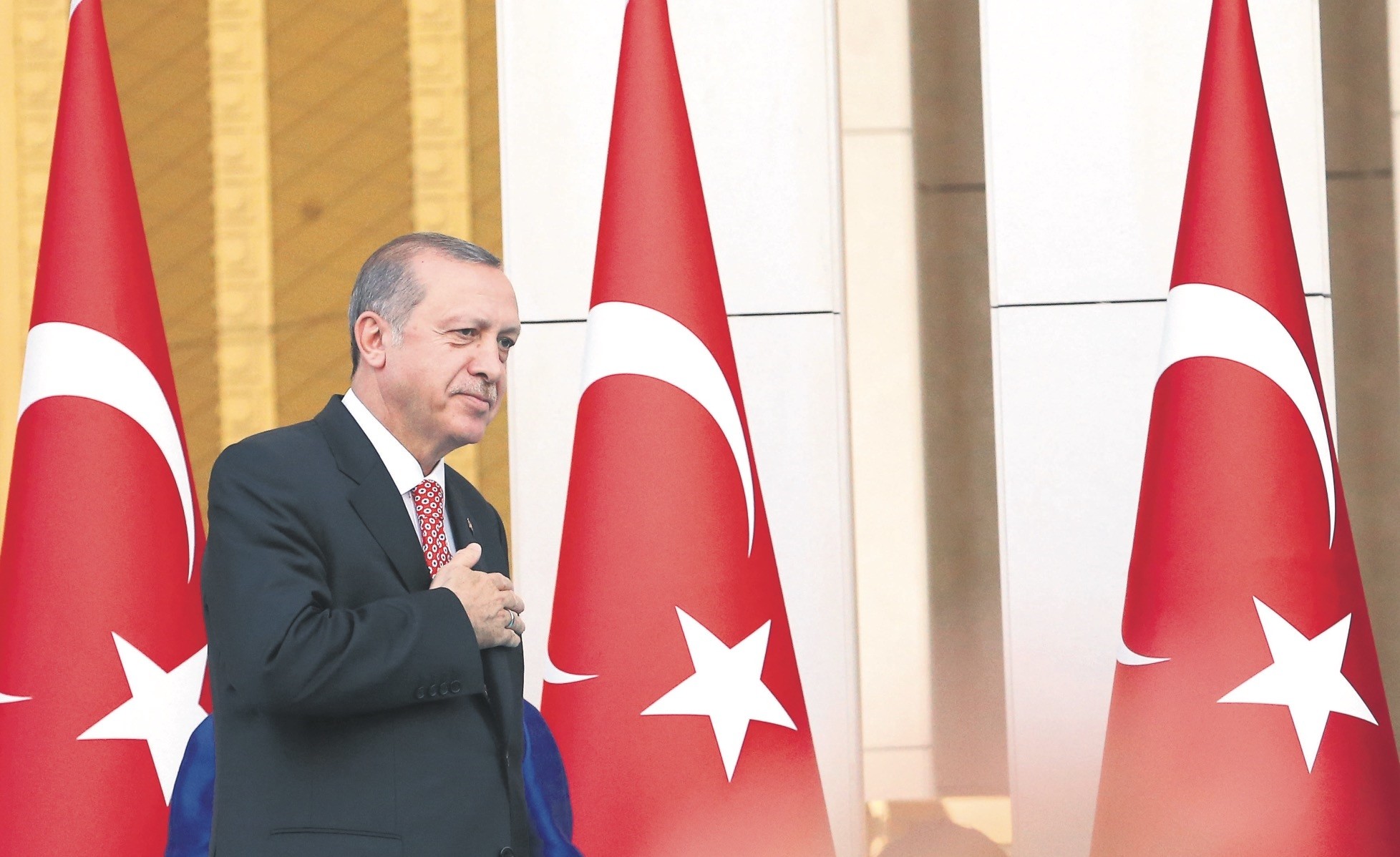 More than 20 heads of states and high-level officials will attend the ceremony at the Beu015ftepe Presidential Complex in Ankara.
by Daily Sabah Jul 09, 2018 12:00 am

The winner of the June 24 elections, President Recep Tayyip Erdoğan, will take his presidential oath today, formally launching the new executive system in Turkey, which was approved in a referendum last year

The oath will also initiate the new presidential executive system, transitioning from the parliamentary system, which was approved in a referendum on constitutional amendments on April 16 of last year. Erdoğan will now become both the head of state and government, with the prime minister's post abolished. Following the oath-taking ceremony, Erdoğan will visit Anıtkabir, the mausoleum of Turkey's founder Mustafa Kemal Atatürk. The man accustomed to winning every election since establishing the Justice and Development Party (AK Party) in 2001, Erdoğan also claimed victory in the June 24 elections with 52.59 percent, surpassing his closest rival, the main opposition Republican People's Party (CHP) candidate Muharrem İnce, by more than 20 percentage points.

The momentous ceremony in the history of Turkish politics is expected to be attended by 22 presidents, 17 prime ministers and other high-level state officials from countries invited, in addition to many significant figures from the business, arts and sports worlds.

The presidents of Bosnia and Herzegovina, Bulgaria, Georgia, Guinea, Kazakhstan, Kyrgyzstan, Macedonia, Pakistan, Somalia, Ukraine, Venezuela and Zambia are among those expected to be present. Families of fallen soldiers and veterans are also expected to attend the ceremony, where 3,000 individuals have been invited.

Cabinet to be announced today

During the ceremony at the Beştepe Presidential Complex this evening, Erdoğan will also announce the new executive Cabinet, which will convene for the first time on Friday.

In the parliamentary elections, held the same day as the presidential elections, AK Party failed to win a majority on its own in the Parliament, but secured a total of 344 seats through the People's Alliance with the Nationalist Movement Party (MHP). The CHP has 146 seats in parliament, while the Peoples' Democratic Party (HDP) has 67 seats and the Good Party (İP) has 43 seats.

Four new offices are also being established to introduce a faster and more strategic decision-making process in governance. Offices on human resources, finance, investment and digital transformation will be established to supervise the state's human resources and institute the state's digital transformation to adapt to the digital age and fight cyberterrorism.

Nine separate councils will develop, supervise and coordinate relevant policy suggestions. The main priority will be a more effectively run government by delegating responsibility with authority.

Meanwhile, the new Parliament, which now has 600 members, instead of 550, was sworn in on Saturday. The number of lawmakers was increased by 50 more deputies, to reflect the country's growing population and demographics.

The oath-taking ceremony started at 2 p.m. local time and ended 8 hours later at 10 p.m. The newly-established İP deputy Durmuş Yılmaz led the Assembly as the Speaker, as he is the oldest deputy, and will continue to do so until the actual speaker is elected. Erdoğan also watched the oath-taking ceremony briefly.