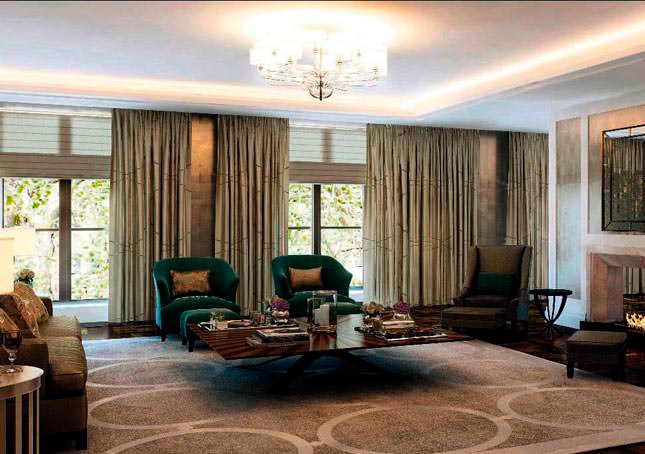 Interior decorators who arrange rooms according to the principles of feng shui situate furniture in a way that activates positive energy but there is a lot more to it than making minor adjustments to where furniture is placed.

When people suffer from health problems, fight with their partner or face financial pressure, it would seem at first glance to have little to do with the way they arranged their homes. However, when things perpetually go wrong in their lives, they should contact a feng shui adviser, said Regina Basaran.

Basaran, an interior decorator in Germany, has studied feng shui for many years and believes that the arrangement and decoration of a home can influence the flow of positive energy and promote health and success in endeavors like finding a job or a partner.
The direction a home faces, the elements and the birthday of the person living in the space, all of these things are central tenets of feng shui.While some people swear by the teachings, others consider it nonsense.
Either way, it is a fact that feng shui originated in the far East, is more than 3,000 years old and tries to achieve harmony between a person and his or her surroundings.

Feng shui consultants tend to advise people who have a general interest in feng shui principles against trying to do it themselves.
Armin Hohmann, a member of the executive board of Germany's feng shui association, considers it to be a complex science. To arrange a room according to feng shui, complicated calculations must be carried out in order to determine the correct position of the bed and to set up a desk for optimal success.

Many books contain tips on how to arrange a room according to feng shui, but Hohmann said they often are not easy to follow or are incomprehensible because many systems are blended together. "When lay people try to implement these tips, they usually make the situation worse," he said. Placing water elements in a room is a good example of something of which people should be careful Basaran said. A small waterfall can enable strong energy activation, but in the wrong place it can have a negative effect. "A family that I advised set up a small waterfall that apparently emitted energy for hand injuries because within a short period of time four members of the family injured themselves on the thumb or wrist," she said. After the family removed the fountain, the mishaps stopped.

The right place for a small indoor water decoration can be found by using a chart and formula, said Basaran. The data needed are the birthdays of the people living in the home, the date they moved in and the direction which the front door faces. This formula is also used to determine the positioning of other objects. In order to stabilize the energy at the back of a house, feng shui expert and architect Martina Stenglin says it is necessary to places symbols of protection at the precise place that has been determined by the formula.