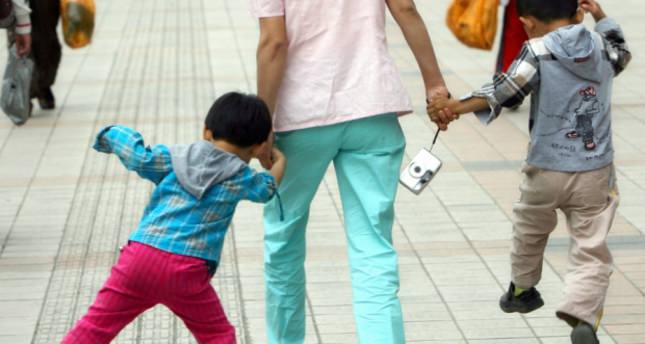 by French Press Agency - AFP Mar 07, 2014 12:00 am
Beijing - China's Ministry of Health on Thursday dampened speculation that the country would dump its one-child policy and allow families to have two. The world's most populous country restricted most families to one child since the late 1970s, but its ruling Communist Party said in November that couples would be allowed to have two children as long as one of the parents is an only child.

State media on Monday quoted senior family planning official Ma Xu as saying the government was researching the option of allowing all couples to have a second child, prompting speculation of a further relaxation. But Health Minister Li Bin threw cold water on the possibility Thursday, telling a press conference that the "basic policy cannot be changed" and adding there was "no timetable" for more fundamental reforms.

She spoke at a press conference on the sidelines of the National People's Congress, the annual meeting of the Communist-controlled parliament.

Critics said the November adjustment will not be enough to tackle China's growing demographic problems, such as a gender imbalance and aging population, because comparatively few couples will qualify for the exception.

Implementation has reportedly been hindered by a bureaucratic gauntlet facing parents applying to have a second child, who are required to prove they have no siblings. The country's birth limit policies have at times been brutally enforced, with authorities relying on permits, fines, and, in some cases forced sterilizations and lateterm abortions.

China says the policy prevented food shortages and laid the foundations for the country's recent economic growth. Critics argue it has contributed to the gender imbalance in China, where almost 118 boys were born for every 100 girls in 2012.