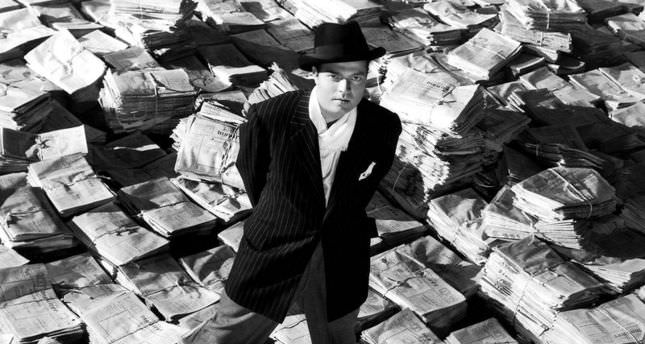 by May 01, 2014 12:00 am
LOS ANGELES — An Oscar statuette won in 1939 by a cinematographer who worked on "Citizen Kane" was auctioned for $150,000 (TL 318,000) Tuesday. Gregg Toland won the Academy Award, the only Oscar of his career, for his work on another film, "Wuthering Heights" by director William Wyler and starring Sir Laurence Olivier.

Toland was considered one of the most influential cinematographers in the history of film. He worked on "Citizen Kane" (1941) and "The Best Years of Our Lives" (1946).

At Tuesday's sale by the Nate D.Sanders auction house, a navy blue overcoat that belonged to John Lennon went for $31,250, and a cowboy hat that John Wayne wore in six Westerns sold for $37,500. A Lady Gaga dress combining fabric and metal elements, which the singer wore during a photo session with Harper's Bazaar magazine in March this year, sold for $15,625.But personal effects including shoes that belonged to martial arts star Bruce Lee went begging at the auction.