The more you read, the less you spend in jail 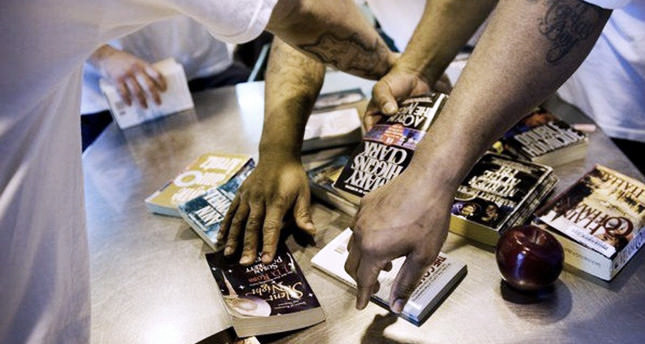 by Anadolu Agency May 08, 2014 12:00 am
CALABRIA, Italy — Calabria's Regional Committee has approved a bill that will reward prisoners for reading books by reducing their jail time. Under the proposal, prisoners will see their sentences cut by three days for each book they read.

Reading may be an effective way to reduce boredom in prison, but now it may soon become a way to cut jail time in Italy.

According to a new proposal in the southern Italian region of Calabria, prisoners who take up the activity could see their sentence cut by three days for each book they read, with the maximum set at 48 days over a one-year period – the equivalent of 16 books in 12 months.

This offer is only valid for those serving a sentence of more than six months, Italian daily Corriere della Sera reported on Tuesday.

To prevent inmates from cheating, their progress would be tracked by prison educators.

The proposal was inspired by a similar initiative adopted in Brazil, where it is known as 'Reembolso atraves da leitura' (Repayment through reading).

The bill, which was proposed by Calabria's regional culture official Mario Caligiuri, will now need the go-head from Calabria's Regional Council before being debated in parliament.

"Reading is an extraordinary antidote to discomfort and promotes awareness and social and personal redemption," Caligiuri was quoted as saying by the paper.

As well as promoting culture within prisons, the proposal would also be a way to reduce the problem of overcrowding in Italy's prisons.

According to a report published last week by the Council of Europe, Italy has the second-highest level of prison overcrowding in Europe.