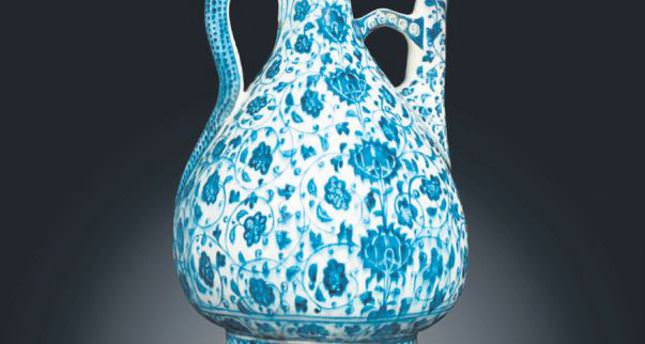 by Nur Özdil Jun 04, 2014 12:00 am
Following the arrival of the Anatolian Seljuks, the ceramics appeared in Islamic architecture around 3000 B.C. The art of ceramics climaxed in the 13th century and adorned many palaces, mosques and mausoleums. The most favored colors were purple, blue and fire red. İznik pottery, on the other hand, was first produced in the 15th century under Ottoman reign. In the following centuries, the town of İznik became an established art center for pottery and tile production.

The İznik tiles enjoyed a golden age in the 16th century when the Ottoman Empire boosted its power. Ottoman palace painters drew the patterns before production. Their popularity declined between 17th and 18th centuries with the loss of Ottoman power. The porous structure of the İznik ceramics allows heat insulation. It also enables sound to scatter in a homogenous way. The interior parts look much larger due to the high level of quartz content (85 percent).
RELATED TOPICS