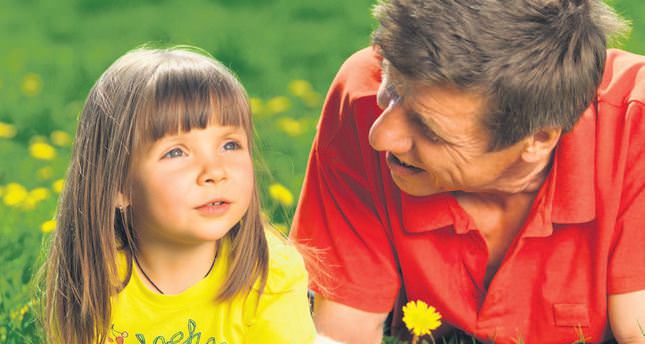 The nuclear family that was once described as a working father, a stay at home mother and children can no longer be understood as the standard. Ideals and expectations have shifted to suit the many different types of families that now exist

The way mothers and fathers spend their time has changed dramatically in the past half century. Traditional parenting roles are changing. Fathers are doing more housework and child care and mothers are doing more paid work outside the home. Women have made major strides in education and employment and the workplace has been transformed.

But with these changes have come the added pressures of balancing work and family life, for mothers and fathers alike. Regardless of modernity, there are still some important gender role differences. When it comes to what they value most in a job, working fathers place more importance on having a high-paying job, while working mothers are more concerned with having a flexible schedule. Feeling rushed is also a part of everyday life for today's mothers and fathers. But are they able to balance their responsibilities of work and family life? In the past, fathers were considered the authoritarian heads of household and infant care giving existed entirely in the maternal domain. Consequently, Freud said that dads do not play much of a role in child development until the phallic phase from ages three to six, but this no longer appears to be the case.

Regardless of gender roles, fatherhood is one of the most important factors which affect child development. As a father, you know your involvement is a good thing, but that is not why you spend time with your kids. You do it because you like it. Is it true? Do you see it as an obligation or do you really like it?

The most important question is "how much do modern fathers contribute to their children's development if they are working full time?" However, today, many parents wonder whether they are spending the right amount of time with their wives and children. Fathers are much more likely than mothers to feel this way. It seems like instinct because some studies show that infants whose fathers were absent during pregnancy were more likely to be born prematurely or with lower birth weights than those whose fathers were present. Such babies were also four times more likely to die within their first year. Fathers' roles are changing over time and they play an important role in children's lives not only before birth, but also after birth.
Do fathers experience postpartum depression?

There is a hypothesis on language development at an early age. Since mothers spend more time with children, they are more likely to use words with which kids are most familiar, while fathers, less attuned to their children's linguistic comfort zone, introduce a wider vocabulary.

A father's use of vocabulary when reading to kids at six months of age can predict their expressiveness at 15 months and their use of advanced language at age three, regardless of the mother's educational level or how she speaks to the children.

What type of parent are you?

As a father, you want your child to be a good kid. If so, your contribution is important because early childhood behaviors are fed by paternal involvement. Also, you need to know what type of parent you are. If you are a cool parent with no rules and maintain a distant relationship with your children, they later might have higher rates of aggressive behavior during childhood.

On the other hand, if you are a role model parent, play with your children, help them, and take them out at early ages, they might have fewer behavioral problems.

Unfortunately, fathers' involvement with child rearing is often not sufficient. What about mothers? Still, they work full time at work and full time at home. Working in a workplace and being a full time mother are not easy. As a mother, sometimes you do not want to have your baby. You feel like you do not have your own life anymore. Imagine if you did not have a baby or your baby is dead. No more fights with your husband. No more interrupted nights. No more watching the sun rise while tears streamed down your face. No more feeling like your body and mind are not your own. When your thoughts begin to consume your waking hours, when you start planning how to hurt your baby and yourself, you know it is time to get help. It is never too late to get help and begin to enjoy parenthood and your life again.

Modern fathers. You can be better fathers. Just spend time with your child. How a father spends his time reveals to his child what is important to him. Discipline with love and positive parenting. You should remind your children of the consequences of their actions and positively acknowledge desirable behavior. Most importantly, be your child's role model. Whether they realize it or not, fathers are role models to their kids.

A girl who spends time with a loving father grows up knowing she deserves to be treated with respect by men and she learns what to look for in a partner. As a father, you teach your son and daughter what is important in life by demonstrating honesty, humility and responsibility
Last Update: Jul 17, 2014 1:04 am
RELATED TOPICS