Your guide to Eid Al-Fitr: The holiday of sweets! 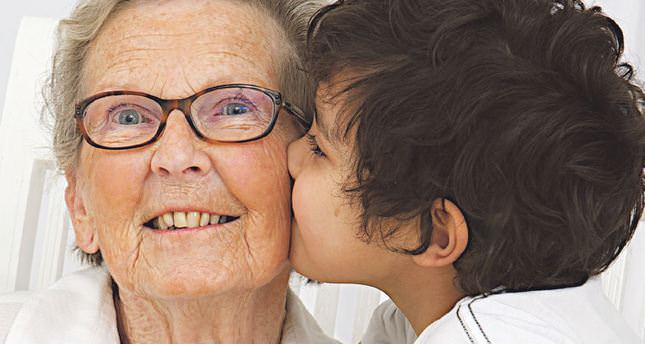 Eid Al-Fitr is the three day celebration that follows Ramadan. It is the day you eat to your heart's content which often happens to be sweets, and visit elders as a sign of love and respect

After a hard and long month of fasting, this Sunday marks the eve of Eid Al-Fitr, also referred to as Ramazan Bayramı in Turkey is a threeday national holiday celebrating the end of the holy month of Ramadan, which officially begins on Monday. Referred to as Eid al-Fitr in Arabic, this holiday, which is celebrated throughout the Muslim world, is all about bringing out the best in people, reuniting and celebrating after fasting for 30 days. This special holiday, acquired the unoffical name "holiday of sweets" for the steadfast tradition of distributing sweets to the various visitors that come round, which is by far the main attraction of this unifying holiday.

Eid Al-Fitr is all about showing respect and care for elders. This is done by paying visits to all of the elder members of a family or community. In addition, it is about mending the ties with estranged relatives or loved ones. Perhaps the most important things however, are the giving and sharing with those who are less unfortunate, and the celebration of being in God's graces after having fasted from dawn-to-sunset for a month.

Eid Al-Fitr is an official three-and-ahalf day holiday, in which all government offices, schools and banks as well as some private establishments are closed, starting from the eve of Sunday, through the following three days. Museums and monuments will also be closed on Monday. While state holidays in Turkey have set dates under the Gregorian calendar, religious holidays are determined and announced by the Presidency of Religious Affairs (Diyanet) according to the lunar calendar, which results in religious holidays beginning approximately 11 days earlier each succeeding year.

For example in 2015, Eid Al-Fitr will begin on July 17 and in 2016 on July 6. Although "arife", the eve of Eid Al-Fitr, falls on a Sunday this year, it is still considered an official half-day holiday. Many shops remain open for the fervor of preholiday shopping, as it is a time when most families buy new outfits and shoes for their children; this day is called "bayramlık". Houses are cleaned, hairdressers are visited and a variety of dishes are prepared by the women to both usher in the breaking of the month-long fast as well as to have enough food on hand to offer to all of the visitors that come round.

Many regions have special dishes they prepare for the first breakfast on the morning of bayram. It is strictly forbidden to fast on the first day of the three-day holiday and therefore special care is paid to setting up an impressive spread. In Gaziantep for example, female family members, neighbors and friends gather to roll up mini meatballs made of mutton and rice which are served with chickpeas in a traditional dish for the first breakfast, "yuvarlama." In the Aegean region, women get together to hand roll thin sheets of dough used to prepare homemade baklava. Every home also pays much care to both preparing sweets and purchasing chocolates and candy that are handed out to visitors, especially young ones.
On the eve of bayram and into the first day of the holiday, special visits are made to the gravesites of the deceased, which initiates the process of paying special respect to elders. Loved ones of the deceased will bring flowers, water the soil of the gravesite and say a special prayer.

On the morning of bayram, everyone dresses in their finest and newest threads to partake in a special family breakfast, which is painstakingly prepared. The father of the house will also give his children pocket money, which in the past would be wrapped up with candy into handkerchiefs and made into bundles that were distributed amongst the children. The males of the house take their sons with them to the mosque to take part in a very special prayer ceremony held on the first morning of eid. This is also an opportunity used by many fathers to introduce their sons to the Muslim namaz prayer ceremony.

The main event during bayram however is to reunite with family and loved ones by visiting one another's homes, beginning with the eldest family members first and working your way down. It doesn't matter if you have run into an older relative at another elder relative's house, the custom goes that each older relative must be paid a separate visit by those that are younger.

By the third day, it is time to visit friends. Every visit involves sweets being passed around, and kissing the hands of those that are older.
Due to the nature of this holiday being referred to as "the holiday of sweets," there is also a custom among children of going door to door in their neighborhoods to request candy. Therefore, it is crucial to have something sweet on hand to offer those that come to the door, similar in a sense to Halloween.

Candy and tips are also given to drummers that come knocking on doors during the holiday. These are of course the drummers that spent the past month undertaking the duty of waking up the faithful for "sahoor," the pre-dawn meal eaten before fasting.

There is no doubt that one of the most significant aspects of Ramazan Bayramı, like most Muslim holidays, is the focus on helping humankind and being charitable. "Fidya," "Zakah" and "Fitr" are special forms of Islamic alms that play an important part of the bayram that follows Ramazan.

Muslims, which have the means to do so, are obliged by religion to present a series of alms to those less fortunate. Fidya is a daily donation given to the needy by those who are unable to fast. Every year, Diyanet calculates the minimum amount, which correlates to a day's worth of food (this year that figure is TL 10), which is given out for each day someone was unable to fast. Zakah is a form of alms calculated according to assets.

Those, whose wealth has been above the equivalent of 85 grams in gold for over a year, are obliged to donate one-fortieth of their assets to someone in need. Yet another form of alms intended to assist the circulation of wealth is Fitr, which is a donation made to the poor prior to the start of the Eid Al-Fitr in order to ensure they are able to celebrate the holiday. Fitr can also come in the form of food in addition to money.
Last Update: Jul 26, 2014 1:31 am
RELATED TOPICS