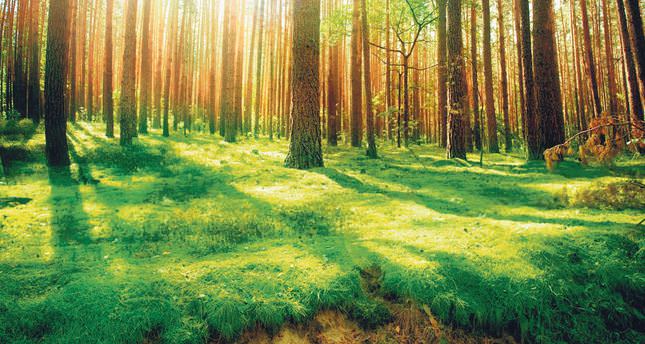 Scientists from various countries recently studied droughts under the leadership of University of Arizona professors, and revealed interesting data dating back 1,000 years, hidden in tree rings. Professors Ramzi Touchan and David Mekon, members of the Science Department at the University of Arizona kicked off a project entitled, "The Variability of Drought Through Time and Place Based on Tree's Annual Rings" four years ago with the contribution of the U.S National Science Foundation (NFS). Kahramanmaras Sütçü Imam University (KSU) conducted the research in Turkey, and the project was completed with the contribution of KSU Faculty of Forestry, the Kahramanmaras Regional Directorate of Forestry, the East Mediterranean Research Institute of Forestry, and the Scientific and Technological Research Council of Turkey (TÜBITAK). Associate Professor Fatih Sivrikaya and engineer Muzaffer Ketmen were the leading experts. Within the scope of the project, 50 different samples collected from Turkey, Syria, Lebanon, the Turkish Republic of Northern Cyprus, Jordan and Greece were examined at the laboratories of KSU Faculty of Forestry by scientists from 10 different countries.

Scientists studying tree rings went back in time to illustrate a clearer picture of the droughts of that time and the frequency of their distribution by years. In his remarks to Anadolu Agency (AA), Professor Touchan said low rainfall rates in winter do not indicate a dry summer. Touchan said tree rings of the samples collected from six countries show that summer and winter should be evaluated separately.

He stated, "When we study the records, we learned that 1660 was a very dry year, causing fires. The tree-ring method was proved once more." He told that the samples from Turkey, Syria, Greece, Cyprus and Lebanon also showed traces of drought. "We see that extreme incidents and serious drought occurred throughout the Mediterranean Basin. Although they are hundreds of kilometers away from each other, we discovered the same result in other Mediterranean countries. We determined that annual temperature rates have been on the rise, especially for the last 23-30 years. This increase affected drought, and it is related to the summer drought. Dry summers do not indicate dry years," Touchan said.

Additionally, Associate Professor Sivrikaya stated that they came to this conclusion through their study, adding, "Weather and climate events between 1095 and 2014 have been determined through tree-rings. We see that especially the 13th, 15th and 17th centuries were very dry, and the frequencies of these droughts were higher than the drought in the 20th century." Sivrikaya informed that the climate change for the past 100 years has been caused by humans, and pointed out that drought is a vicious circle. He said the climate mobility shows parallelism with the current rates. Comparing the past droughts with the current one, Sivrikaya concluded, "The only difference is that in the past, there was a dry season every five years. Today we have a dry season every seven years. We can say this results from man-made factors."
Last Update: Aug 20, 2014 2:10 am
RELATED TOPICS