Ankara to host the third shopping fest this month 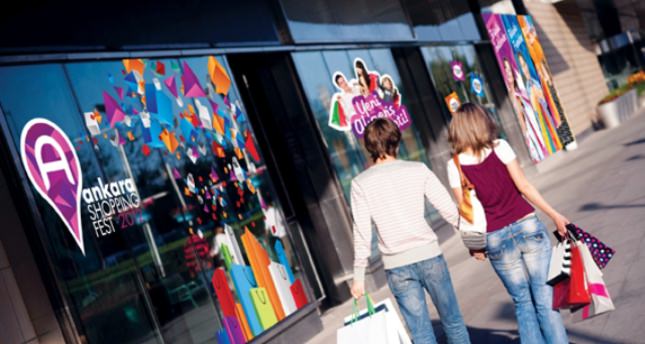 by Sep 04, 2014 12:00 am
The Third Ankara Shopping Fest (ASF) organized by the Ankara Chamber of Commerce (ATO) will entertain fashion enthusiasts with cultural and shoppingrelated events until Sept. 14. The brand members of the Ankara Textile Industrialist Association will stir visitors at historical Ankara Station. According to the ATO's statement, Turkey's capital city will be the main venue for shopping and entertainment. The upcoming fest introduce the 2014-2015 Autumn-Winter season to local residents. A total of 110 charming pieces produced by Ankara-based textile brands, including Seçil, Moda Ilgi, Parantez, Ilmio, Selen, Karton, Sevim Dogan, Asrın Kürk Deri, Perlina, Ekol and Wella Paris, will be presented by models on Sept. 8. Famous fashion designer Özlem Süer will present her special collection at the festival's second show on Sept. 9. Her collections are generally described as avant-garde, neo-romantic, experimental, conceptual and interdisciplinary. The collection displays 40 pieces of clothing reflecting traditional cultures of Turkey's different regions. ASF Fashion Shows will bring together fashion and historical atmosphere. The shows, which will take place in the Ankara Central Train Station, will combine history with aesthetics. Built in 1937, the train station, which will host two different fashion shows, is regarded as one of the most magnificent buildings in French art deco style.