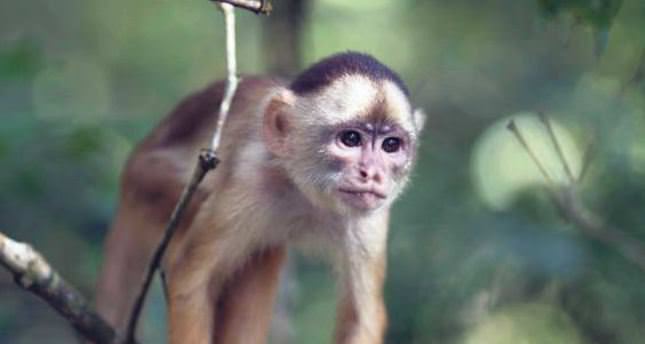 by Sep 04, 2014 12:00 am
A monkey, given the nickname "Robin Hood" by local people, has showered stolen banknotes onto lucky passers-by in the northern Indian hill town of Shimla, news reports said on Tuesday. The monkey embarked on its personal wealth redistribution scheme on Sunday, by first throwing money from a bag from a rooftop and then from a tree, before disappearing into the nearby jungle, India Today reported. "The ecstatic people who were collecting notes on the ground followed him," Rajesh Kumar, a local resident, was quoted as saying. "They chased the monkey and continued to collect the notes.

This continued for around two hours until the bag with notes was empty," he said.The monkey had snatched the bag of money from a building under construction. The 10,000 rupees (approx. $165) were to have been paid as wages to the workers, the report said. A similar incident was reported in February.