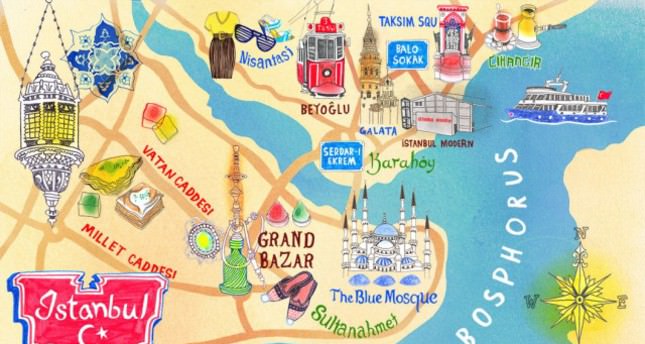 Many an expat has penned their experiences of living of Turkey in captivating accounts of the beauty of the landscape and cultural divides. The following is a list of some of the best reads to laugh, commiserate, and experience the wonder that is Istanbul through foreign eyes.

"Tales from the Expat Harem: Foreign Women in Modern Turkey", is a nonfiction anthology edited by Anastasia M. Ashman and Jennifer Eaton Gökmen, which shares true stories penned by 32 expatriate women about their experiences in Turkey.

"Fez of the Heart: Travels around Turkey in Search of a Hat" by Jeremy Seal, an author and travel writer who once taught English as a Foreign Language in Turkey, tracks his adventures of setting off in 1993 to trace the astonishing history of the fez.

Canadian native Hugette Eyüboğlu first published her memoirs in Turkish in 2004 and the following year in both French and in English, as "Living Under the Shadow of Two Cultures", which tells the story of her marriage into one of Turkey's most renowned families of art and her life in Turkey after moving here in 1966.

In "Beyond the Orchard", British national Azize Ethem humorously recounts the trials and tribulations of moving to Turkey with her husband, a grandson of Sultan Abdulhamid II to retire to a stone cottage in a small village in Akyaka.

"Tea & Bee's Milk: Our Year In A Turkish Village" is written by an American couple, Karen and Ray Gilden, who ditched the rat race and rented a furnished apartment in the village of Göçek along the Mediterranean coast for a year in the mid-1990's.

"Life With a View: A Turkish Quest" is about two American teachers based in Venice, who fell in love with the Black Sea coast in 1988 and decided to build a summer house there. Toni Sepeda chronicles a 10-year endeavor of driving to Turkey from Venice and dealing with the obstacles and challenges of building a home in Turkey as a foreigner.

"Anatolian Days and Nights: A Love Affair with Turkey, Land of Dervishes, Goddesses, and Saints" is a captivating read by Joy Stocke and Angie Brenner, two Americans who met in Kalkan and embark on a ten-year odyssey of travelling through Turkey.

"An Island in Istanbul: At Home on Heybeliada", written by M.A. Whitten traces an American couple's impulsive decision to purchase a historical wooden house on one of Istanbul's picturesque Princes' Islands.

"Perking the Pansies: Jack and Liam move to Turkey" is a tongue in cheek memoir about two Londoners moving to Bodrum and their adventures, or misadventures as it were, with the active expat scene in this popular Aegean destination. In the upcoming months Jack Scott, will be releasing "Turkey Street", the sequel to "Perking the Pansies", which is also the name of his entertaining blog.

"Inside Out In Istanbul" by author and sociologist Lisa Morrow from Australia is a collection of essays in which she delves into this sometimes chaotic, often schizophrenic, but always charming city, to explore the clash of modernity and tradition that makes up life in modern Istanbul. Her second collection,

"Exploring Turkish Landscapes" offers a more personal insight into Turkish traditions and beliefs. Deeply immersed in Turkish culture, Lisa writes on topics such as how women are expected to behave, her forays into belly dancing, the joys and difficulties of religious festivals and how the Turks deal with death. Along the way, she questions who she is, and whether foreigners in Turkey have to lose their identity in order to feel at home.

"Turkey with Stuff in: A Scrumptious Tale of Adventure and Just Desserts" by British expat Kym Ciftci tells her story of finding love in a foreign land and settling in to the Western Aegean seaside town of Didim.