Benefits of being bilingual in the 21st century 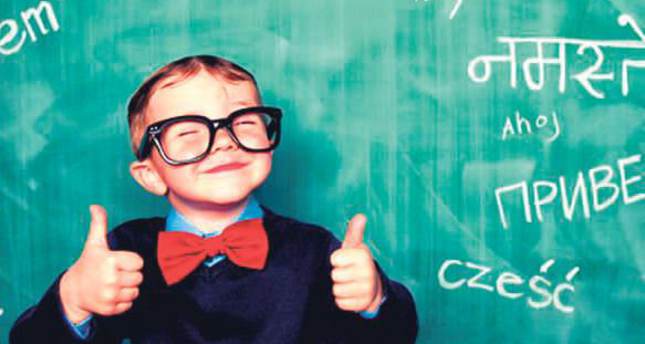 The ability to speak more than one language is more than just a social advantage. It improves cognitive skills and fights certain mental diseases. While children have a natural inclination when learning a new language, the benefits it has on adults are astounding

Being bilingual can make one smarter if it is practiced. It can improve cognitive skills not only related to language, but also fights against dementia, which might explain why more than 50 percent of European middleaged people try to learn another language.
Imagine speaking more than one language.

It is preferred over being monolingual by international companies. Bilingual people will be the ones who represent a company internationally. Employing bilinguals also helps in exploring new avenues with new clients from around the world for a company. Students who speak more than one language will be the ones who are going to have the opportunity to study abroad. It offers a greater exposure to different cultures and builds bridges between them.

Having cultural experience also creates greater tolerance and open-mindedness. The most obvious advantage of being bilingual is that an individual has the opportunity to engage and be a part of two different and diverse communities without feeling excluded. However, it is extremely challenging for monolinguals to step out of their comfort zone and communicate with people who do not speak the same language as they do. For instance, if in an environment where more than one language is spoken, they generally see monolinguals alone during a work reception or an international conference, not because of their lack of communication skills, but because of not speaking the other language.

People wonder how bilinguals are able to speak without having trouble mixing the two languages. The answer is that a bilingual individual's brain has two active language systems that work simultaneously without hindering the performance of the other. A bilingual brain is more alert, quicker and better able to deal with ambiguities and resolve conflicts. Of course, there are some exceptions, but the vast majority of bilinguals are more successful than monolinguals.

Bilingual speakers develop linguistic awareness and can differentiate between the implied and literal meaning of words and phrases because they can think beyond labels and symbols. We all go to the cinema and watch movies in English with subtitles.

Children have a natural gift for picking up new words and sounds. They can easily break down words into their sounds, and therefore, categorizing words comes naturally to them. Bilingual children are able to make new friends and create strong relationships in their second language and important personal skills in their increasingly diverse societies.

They can make connections between cultural similarities and differences that help them adjust to new environments. They are also able to emote better. They can be more genial because their temperament is more adaptive when compared to monolinguals. Learning a second language at an early age has positive effects on intellectual growth and enhances a child's mental, linguistic, and emotional development. The key difference between being bilingual or monolingual might be more basic than we once thought. Bilinguals have to switch languages quite often. One may talk to their parents in one language and to their spouse in another language. It requires keeping track of changes around you like monitoring surroundings while driving, and it becomes automatic after a while. They do not realize how they do it, but they do it like when they use their manual transmission car. Nobody can deny the power of language. If someone is bilingual, they are twice as powerful as those who only speak one language. Therefore, one needs to be more aware of the hidden power of the words heard and the sentences spoken by and around them because of their unseen imprint on others.