House of Ottoman wrestler Koca Yusuf to become a museum 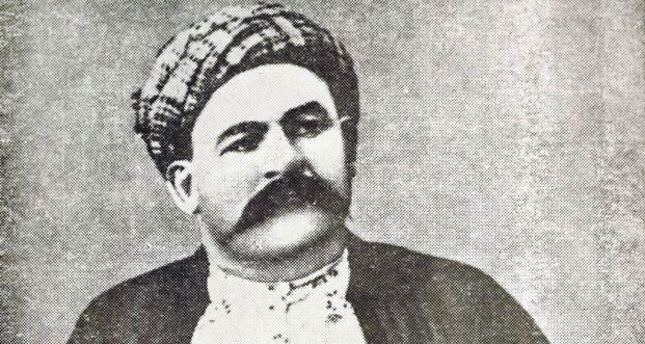 by AA Sep 11, 2014 12:00 am
The House of Ottoman wrestler Yusuf Ismail (1857-1898), born Yousouf Ishmaelo and posthumously remembered as Koca (Great) Ismail due to his brute strength, will be turned into a museum soon. Situated in Bulgaria's Shumen province, the ruined house will be renovated with financial support from Adana Mayor Hüseyin Sözlü and the Federation of Mediterranean and Balkan Turks. Turkey's Consul General to Burgas, Niyazi Evren Akyol participated in the groundbreaking ceremony. He pointed out that Koca Yusuf created a strong tie between Turkey and Bulgaria. "Koca Yusuf is appreciated by millions in Turkey and left an impressive image. The restoration project is a very meaningful step," he said. Sözlü also said he made some attempts to renovate the house when he was the mayor of the Ceyhan Municipality. "The project will now progress rapidly. The memories of Koca Yusuf made us come together," he continued.

The project is expected to be finalized within a year. Leader of the Movement of Rights and Freedoms Lütvi Mestan said memories of Koca Yusuf are still alive. "His house reminds us of our Turkish origin. We should be proud of it," he said. Finally, Head of Turkish Grand Assembly Turkey-
Bulgaria Friendship Group Mustafa Öztürk said, "I bring the greetings of Turkish people, President Recep Tayyip Erdogan, who protects Turks around the world, and Prime Minister Ahmet Davutoglu, who says, "Protect Turkish and Muslim people no matter where they are." Following the ceremony, the participants enjoyed the third Koca Yusuf Oil Wrestling Festival held in the wrestler's hometown near Shumen.