Save water by using gray water 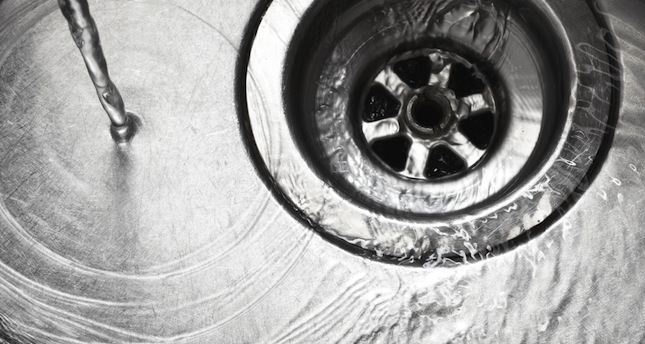 by İlknur Temizel Sep 17, 2014 12:00 am
Gray water is any household wastewater with the exception of wastewater from toilets, which is known as black water. Typically, 50-80 percent of household wastewater is gray water from kitchen sinks, dishwashers, bathroom sinks, tubs and showers. Simply put, gray water is the used water that is not entirely spoiled after use. Though it may not be entirely sanitary, it is nontoxic and generally disease-free. Water that is spoiled and no longer usable, i.e. water from the toilet, is classified as black water. Gray water reclamation is the process by which households make use of gray water's potential instead of simply piping it into overburdened sewage systems with all the black water.

Have you ever considered how much water goes down the drains each time you take a shower or just give your hands a quick wash? This is just some of the water that comes from your bathroom. There is also water from the kitchen and laundry.

For the average U.S. household, the answer is quite staggering: close to 1,060 liters a day. In Turkey, this number reaches approximately 1,120 liters and by regulation must be decreased. The fact that more than half of this water can potentially be reused for irrigation is the point that most of us are unaware of. Instead of wasting our drinkable water in the yard to water the plants, one begs to ask the questions: "Why not just use gray water? Or perhaps redirect the drain to the garden rather than sending it to the sewer?

Apart from wasting huge amounts of water that we need, we can also lower the fresh water volume. Gray water can easily be replaced with fresh water in many instances, and this can help us save money and increase the effective water supply in regions where irrigation is needed. When you pump out all of the water that comes from households, it means high flow goes to a treatment facility. But when gray water is eliminated from the equation in municipal treatment systems, wastewater flow will decrease and the treatment efficiency in the system will increase directly. This also means lower treatment costs.

If you want to use less energy and chemicals, welcome aboard. Less energy and chemicals are used due to the reduced amount of both freshwater and wastewater that needs pumping and treatment. For those providing their own water or electricity, the advantage of a reduced burden on infrastructure is felt directly. Also, treating your wastewater in the soil under your own fruit trees definitely encourages you to dump fewer toxic chemicals down the drain.

On the other hand, gray water enables a landscape to flourish where water may not otherwise be available to support much plant growth. So don't wash it out, just reuse it. If any of you want to collect gray water from the system according to your usage goals, it should be treated on untreated. Both are acceptable. Untreated gray water for instance must be used within 24 hours and can only be used to irrigate gardens. Using gray water within 24 hours is kind of a rule applied almost universally to prevent offensive odors, and it shouldn't be stored for long because body oils, soap and bacteria interact quickly, creating a very noticeable smell.

On the other hand, gray water that has either been chemically or UV treated can be re-used within the house, but only in the laundry and for toilet cistern refilling. It cannot be used for human/ animal consumption, nor can it be used to supply water for swimming pools. Baby Steps in Turkey In the U.S. and some countries in Europe, in particular, gray water reclamation is already successful.

In Turkey on the other hand, at the end of 2013, the Ministry of Environment and Urban Planning decided to evaluate gray water together with a scale pilot project, with funding of TL 2 million. Basically, the objective of the project is to recover gray water in the tourism sector. Statistics indicate that especially in touristic locations, serious amounts of water from sinks and bathrooms can be used without any reclamation. To start this project at TÜBİTAK-MAM's quarters in Gebze, treated gray water will be used in toilets as flush water. In addition to flush water, irrigation, car washing, firefighting and street washing activities are also planned. At the end of the scale pilot project, pilot hotels and business centers will be used as selected areas. Implementation projects are wanted all around Turkey, but for now only baby steps are being taken. Better than nothing!
Last Update: Sep 17, 2014 1:40 am
RELATED TOPICS