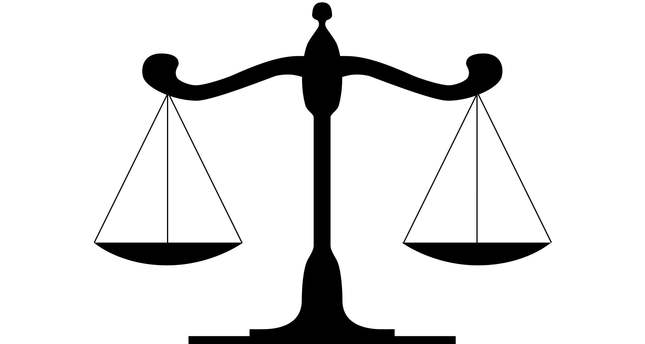 When a journalist decides to break the scales of objectivity within, they also abandon the principles of journalism and hence, bias becomes an everyday affair

Whenever I see a sentence that begins with "When I was a…" I always remember an old friend of mine, Richie. Every morning he came to Starbucks on the corner of Lindbrook Drive and Westwood Boulevard and begged, while pretending to collect the surrounding litter. He always hung up a sign saying that he was a veteran and placed a paper cup in front of it.

Customers who bought a coffee and going about their daily business - usually those who knew him - put their pennies into the cup. I was one of those customers. I was a student at UCLA Extension back then. My habit was to come early and to chitchat with Richie until my lesson.
Richie was like a leader for the homeless community in the Westwood area.

The homeless in the area usually stopped by him to ask stuff and either took or left something for him. When this network intrigued me, I started asking him questions about the homeless. Every time he answered my questions, he started with: "When I was a homeless…"

Therefore, I also would like to start with a similar definition: "When I was a reporter…" That's right, once, I was a reporter and was working for the Sabah daily. It was 2012. The civil war in Syria had just begun. Those who fled usually came to Turkey, and their number was in the 15,000s back then. The problem of Syrian refugees was starting to grip the world's attention, and even Hollywood star Angelina Jolie came to Hatay for a few hours to raise awareness on the issue.

Back then a fellow journalist friend came to me saying: "There is still no extensive coverage of Syrian refugees because no reporter has ever been to the camps to observe the situation. If we do this first, it will be a journalistic triumph. You are trusted and have good connections. Why don't you speak with the authorities to gain entrance to the camps? It is time to prepare a file."

My friend's request did not end there. She asked if it was possible to take the trip two weeks later. When I asked, "Why not this week or three weeks later?" she gave me shaky excuses.

We filed the necessary requests and received permission. They allowed us to enter the camps located in Altınözü and Reyhanlı. We went with a photographer. When we arrived in Hatay I realized the following: The friend who had made the suggestion as well as the request to postpone it for two weeks had a personal agenda. Apparently, she had to come to Hatay that weekend for PR concerning her book that had been released a year before and was supposed to speak at a conference. She used these refugees and us as a front and managed to have the newspaper pay for her travel and accommodation. I was very disappointed but didn't let on so that things would go smoothly.

It didn't end there though. The day we arrived in Hatay we rented a car and went to the refugee camp in Altınözü. We were the first journalists on the scene since Angelina Jolie's arrival. We communicated with the people there through a translator.
Throughout, she talked about how she had experience with regard to refugee camps as a reporter and that while she was working for a French agency, she visited refugee camps in Lebanon; but much to our disappointment, she started to ask the people completely irrelevant questions.
The questions were far from the subject of what these people had experienced and the current state of affairs in Syria. It seemed that our friend had little knowledge of the region, events or the people there. This angered several interviewees.

For example: We met Mustafa Sabbuh, who had run from the Syrian army, in the camps. Sabbuh is a well-known sculptor in Lebanon and the U.S. He fled to Turkey with his wife, who happens to be a French teacher, and five kids. After he settled in the camp, he worked hard to complete two sculptures in 40 days. One of them portrayed a cross and crescent together, symbolizing peace among religions.

Sabbuh told us his story: "When the Syrian army laid siege to Jisr al-Shughur, we ran to the villages. I had already joined some of the protests and become a wanted man. They already knew my oppositional standing. They either killed the dissenters or arrested and tortured them. No due process at all. While I am an artist, I couldn't even study in the Fine Arts Faculty because of the Assad regime. They wanted money for the talent exam. Since I didn't pay the bribe, I went to the Arabian literature faculty and graduated. I didn't even go to receive my diploma. Instead, I became a sculptor. This is how the system works. In order to gain a standing, you had to lie and tattle on the people around you. In the last five years it became worse. All we wanted was a civilized state and a regime that respects its people. We want a regime that acts in accordance with Islam when dealing with the people who live in the country.

Our fellow journalist picked the words "in accordance with Islam" and determined that Sabbuh was a fundamentalist. She claimed that Sabbuh had Salafist and jihadi ideas. She didn't stop there and generalized falsely by saying that everyone living in the camps were militants.

It was a very faulty judgment that stemmed from her lack of knowledge and understanding of Islam, Syrian culture and its people. I told her about arguments concerning sculpture in the Islamic world and how it is impossible ontologically for a sculptor to be a fundamentalist, Salafi or jihadi. Not to mention that the sculpture placed at the entrance to the district symbolized world peace and that this sculptor had made it. I also told her that people who became residents of these camps, which were founded as part of a human relief effort, were mostly women and children and making generalizations about them in such a manner was wrong and problematic from a journalistic perspective.
She wasn't very happy about this, but she failed to offer any refuting argument or evidence.

In the span of two days we spoke with more than 20 people and recorded all of the interviews. When I returned to Istanbul we wrote the piece and published it.

One ill turn deserves another

A year after this, something shocked me. This journalist friend with whom we traveled to the refugee camps was on a television program as a guest. She spoke with excitement about the Syrian refugees in Turkey. She claimed to be the first journalist in the camps. After smiling slightly I continued to watch. Her speech became more absurd by the minute. Her imagination had amazed me. She spoke about these things, the people and the interviews conducted, which were all on record; it was quite easy to be surprised and even laugh.

Some of what she talked about was her own ideas and evaluations, which were mocked by the people in the camps and caused them to blame her for being uninformed and other things she said was not even talked about during the interviews.

To cut a long story short, this friend of ours who claims to be a journalist made three grave mistakes. First, she portrayed a three-man-job as though she had conducted it alone and took sole credit for this so-called journalistic accomplishment. Second, she claimed that her own judgments and biases were the absolute truth - even though the interviewees said her assessments were wrong. In another words, she twisted the words of her sources. Third, she lied about the interviews by talking about some things that had happened during the interviews - even though they never did. This was blatant black propaganda and manipulation.

I wanted to share this story with you, because this so-called journalist friend of ours didn't stop her manipulations there. These days, international media organizations try to entertain the idea of a secret agreement between the Republic of Turkey and ISIS, and she was one of the first to provide an example for this defamation campaign. She claimed that Turkey was treating ISIS militants in a secret hospital in the region established by the government. As a source she only provided the rumors of the local groups that are against the refugees. She also presented a sign in Arabic as a banner of the Muslim World League (Rabita al-Alam al-Islami) based in Saudi Arabia. Innocent civilians injured in the civil war were also presented as terrorists simply because they had beards. Furthermore, these claims were featured in opposition media such as Cumhuriyet and CNN Türk and debated intensely.

Nowadays, newspapers such as The New York Times and The Washington Post also feature similar claims, and it reminds me of the events I mentioned above. Next week, let's continue with a discussion on these news articles and where they stand from the perspective of the basic principles of journalism.