Taking fraud to a social level 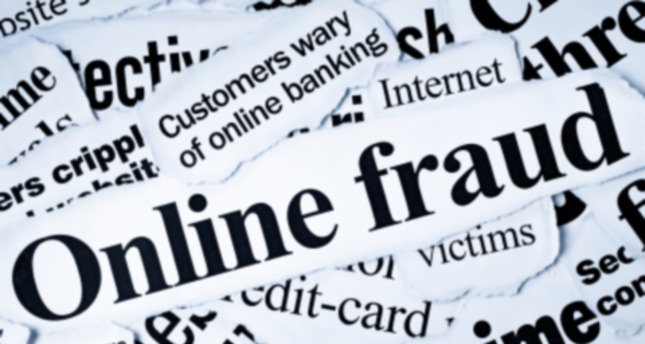 by AA Sep 30, 2014 12:00 am
Social media fraudsters, who get hold of other people's social media accounts, illegally acquire large sums of money money on internet using mobile payment system. These fraudsters hack social media accounts and monitor user's online movements to find out who he or she is talking to. After some time, they act like the real user of the account and chat with other users. When they earn their target's trust, they ask for help or send game requests or make them believe they win a contest or gift card and learn victim's mobile phone number. If the victim approves the text message about a mobile payment without paying attention to its content, he or she has to pay TL 60 or more for their phone bill next month. Imposters mostly use Facebook to illegally acquire money on internet. As more people began to use social media, internet fraud has increased in Turkey. "There are 37 million Facebook users only in Turkey. Our family, relatives and friends, in short all our acquaintances that we trust have a Facebook account," Said Ercan, President of International Social Media Association (USMED) said to Anadolu Agency (AA) reporter. Being acquainted with too many people on social media has advantages as well as disadvantages since more and more accounts on Facebook have been hacked recently. The number of victims of fraud is increasing in parallel with the number of hacked accounts. "We know there were many incidents which people were asked to add units to imposters'' mobile phones but now, they are directly taking money from victims' mobile phone line," Ercan said, adding the sum of money that fraudsters tend to take can be small as well as big. Social media imposters write to victims' relatives or friends and talk to them pretending they are real people. As they have already known the way that the real users talk, they can easily trick these people. These crimes have been increasing recently since users have to give their mobile phone numbers to "messenger" applications. Digital Brand Strategist and Social Media Expert Kalust Şalcıoğlu said there are various ways to hack social media passwords. There are programs which break passwords by lining up tens of thousands alternative codes to find out passwords. "If your password is something like "BCDE3456, it probably seems safe and unpredictable to you but it is a piece of cake for password breaker softwares and programs," stated Şalcıoğlu. Social media users choose their passwords at least in eight characters which features lower and upper cases and number. Moreover, users must be careful about softwares or games on Facebook, Twitter and Instagram which seems to make life easier. Usually, these applications ask permissions when users download them. "These permissions on social media are categorized in three steps. Applications such as 'Who unfollowed you on Twitter', 'Who follows your Facebook account' or 'Who likes your photos most on Instagram' are the most dangerous ones especially they are for free of charge," Şalcıoğlu stated, noting people must be extra careful before giving permissions to these applications. To avoid any fraud, social media users should terminate their permission to these types of applications and change their current passwords from by entering "Settings" then "Applications" from their mobile phones.