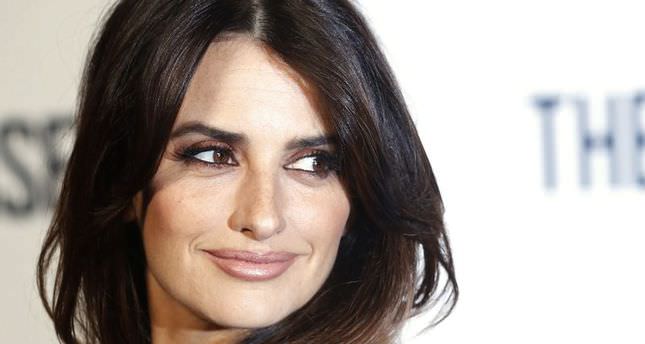 by Oct 14, 2014 12:00 am
Spanish actress Penelope Cruz has been named this year's "sexiest woman alive" by Esquire, the men's lifestyle magazine said on Monday.

Cruz, whose last film was director Ridley Scott's 2013 thriller "The Counselor," alongside husband Javier Bardem, will star in the upcoming Spanish-language drama "Ma Ma," and is currently in production on the Sacha Baron Cohen comedy "Grimsby."

The Madrid-born actress, who won a supporting actress Oscar for her performance as an emotionally volatile artist in Woody Allen's "Vicky Cristina Barcelona," told the magazine that she is no longer as attracted to dramatic roles as before.

"I had an attraction to drama," Cruz said in the magazine's upcoming issue. "Most of us have that, especially if you are an artist - you feel like you are tempted to explore the darkness. I could not be less interested now."

Cruz and Bardem, 45, have two young children together.

She rose to international prominence in 2001 with roles in Hollywood films "Vanilla Sky," and "Blow." She also frequently collaborates with acclaimed Spanish director Pedro Almodovar, who has called Cruz a muse while the actress told Esquire that the "Talk to Her" director is her "biggest source of inspiration."

American actress Mila Kunis, Barbados-born pop star Rihanna and South African actress Charlize Theron have all recently been given the distinction by Esquire.