How We Discipline / Punish Our Children 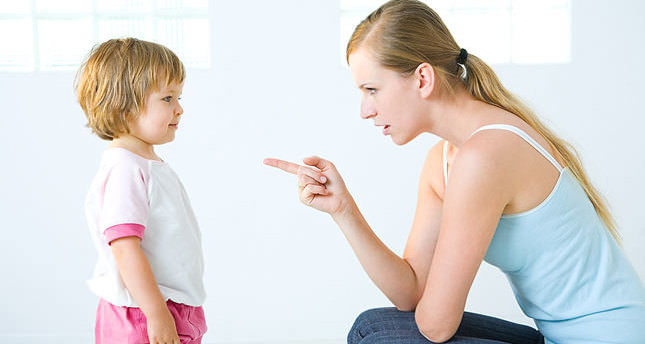 Though the term may be used interchangeably, discipline and punishment are two different things. While discipline focuses on the acceptable and unacceptable nature of behavior, punishment is an emotionally charged negative reaction to a child’s actions

Did you know that discipline and punishment are two different things? The words are often used interchangeably, but in the world of child development, they mean different things. Discipline is the process of teaching a child the difference between acceptable and unacceptable behavior. Good discipline should be a positive force focusing on what a child is allowed to do. The goal of discipline is to help a child change impulsive, random behavior into controlled, purposeful behavior, and discipline should be reinforced with teaching, firmness and reminders. Punishment on the other hand, unfortunately is known as a technique of discipline. It may be physical such as a spank or slap, or psychological such as disapproval, isolation from others or the withdrawal of privileges.

Discipline is a parental response to specific misbehavior. A child can expect that if he or she fails to meet expectations that they will be corrected. Punishment is often unpredictable. Children who are punished often do not know what will set their parent off. The rules and consequences are not clear and children do not know what will result in a physical assault. There are many different incorrect ways parents can discipline their children. For example, if a two-year-old insists on throwing food at the table has been warned that continuing to do so will result in the food being taken away and the child throws the food anyway, taking the food away calmly is both a logical consequence and a disciplinary action. The intent is to teach the child that throwing food is not acceptable and that there are consequences for such behavior. If the child is very young, such as the age given in this example, the parent and child can have a snack time an hour or so later. This will still teach the child the lesson and also ensure proper nutrition. On the other hand, if the parent were to scream and hit the child for the same behavior, that is considered punishment. It was administered by a parent who was not in control of his or her emotions and it has very little ability to teach a child about appropriate behavior. It only teaches the child to expect pain if the child throws food.

Child abuse can take other forms beyond physical punishment. Parents can be emotionally or psychologically abusive through patterns of rejecting, humiliating and isolating the child or neglecting the child's basic needs. Some well-meaning parents have used severe forms of psychological abuse as disciplinary techniques that are just as damaging as physical abuse. Emotional abuse also can severely damage a child's mental health or social development, leaving lifelong psychological scars. Some examples of emotional abuse are name-calling and making negative comparisons to others, frequent yelling, threatening or bullying.

The Most Common Punishment: Spanking

There is controversy over whether parents should ever use physical actions as discipline to correct their children. Spanking plants seeds for later violent behavior and does not work for educating children. However, many parents believe that physical discipline can be an effective part of correcting a child's behavior if done correctly. Many parents believe that if they choose to spank their child, it should not be done in a way that causes injury to the child, but spanking is not acceptable even if it does not cause any physical harm. Spanking violates the child and causes humiliation. Parents are not always perfect, but they can commit to always keeping their children safe. Nevertheless, parents often do not realize how much physical damage they are doing by the strength of their actions. In order to make parents aware of their wrongdoings, therapy sessions can be extremely helpful in motivating parents to stop physical or psychological abuse. Parents need to allow themselves a time out as well if needed. Once parents learn alternative ways to set limits and the long-term damage that physical punishment has on their child, they will usually be willing to change their former behavior. There is more than physical care involved when raising children. The primary difference between parents who punish and those who do not is the ability to remain in control. Also, since parents are the first teachers their children know, it is parents who are the first ones to demonstrate unconditional love to their children.

A child naturally wants the love and approval of their parents, so one of the easiest ways to encourage good behavior is for children to know what behavior is expected from them and to know they will be recognized and encouraged for it. Therefore, parents, please be considerate while raising and educating your children. They are our future and we love our children.