An offer they can’t refuse: Godfather house for sale 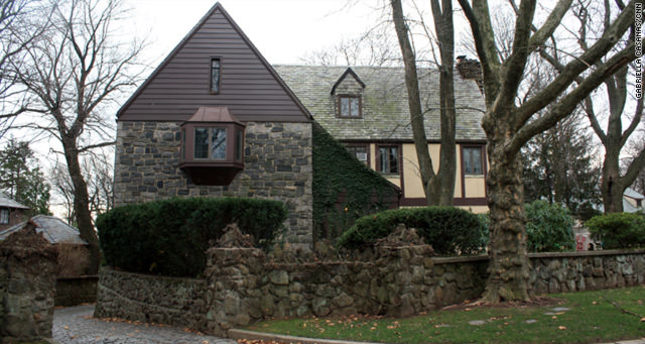 by reuters
Nov 15, 2014 12:00 am
A New York City mansion that featured in the 1972 American movie classic "The Godfather" is up for grabs for fans of the blockbuster or just anyone willing to pay the $2.89 million price tag.

A Staten Island real estate agency handling the sale has not refrained from using its role in American pop culture as a selling point.

"A house's value depends on what people are willing to pay for it, and some people may be willing to pay more for a home with a compelling story," Joseph Profaci, managing principal of Connie Profaci Realty, wrote in an email.

In reality, director Francis Ford Coppola only filmed its English Tudor-inspired exterior for the movie.

But its current owner has remodeled the interior to make some rooms look like replicas of the decor in several of the movie's scenes, according to local media.

That includes an office where Don Corleone pulled the strings of his criminal empire sat behind a wooden desk on a leather chair.

According to the online listing, the mansion is a 6,248-sq foot (580-sq meter) manor with five bedrooms and seven bathrooms and includes a gym and playroom as well as a game room in the basement.

During filming in the spring of 1971, set designers tweaked the residential house to give it more of a gangster flavor, adding a fake brick wall and a wrought-iron gate, local media reported.