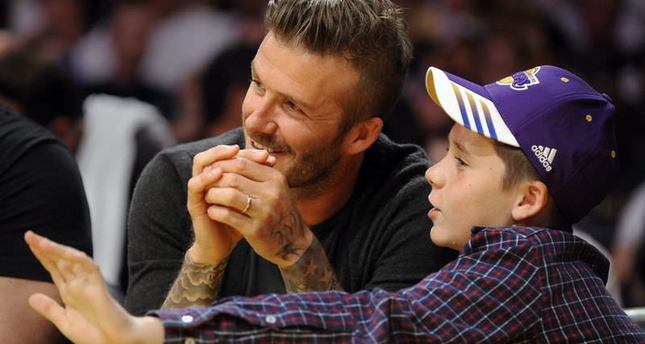 by Nov 30, 2014 12:00 am
Retired English soccer star David Beckham and his teenage son Brooklyn were involved in a car crash outside Arsenal's training ground in Hertfordshire, north of London, but did not suffer any injuries, according to a source close to Beckham.

"David and Brooklyn did not suffer any injuries and as I understand it both passengers in the other vehicle were unharmed. David and Brooklyn were shaken by the accident but thankfully OK," added the source, who declined to be named.

The Telegraph newspaper said Beckham, 39, the former England captain, was picking up his 15-year-old son when his Audi RS6 was involved in a collision with another car but were saved by the deployment of the car's airbags.

Brooklyn, who plays for Arsenal under-16s, had just finished a match against Brighton's under-16s, the Telegraph said in its online edition.