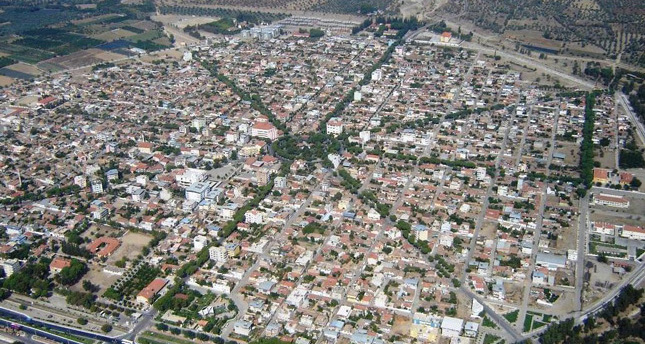 by AA Dec 26, 2014 12:00 am
Foreigners buying property in Aydın, the third most popular area for real estate for foreigners, aren't just doing business; they are moving their lives to Turkey.

According to data compiled in the first 10 months of this year, Aydın is a hotspot for foreign investors, coming third in the national rankings for real estate.

Osman Çoşkun, the President of Didim Real Estate Advisors Association, told Anadolu Agency that some of the tourists who have come to the district on vacation have decided to not just buy property, but to stay.

Emphasizing the natural beauty and easy living conditions in Didim, Çoşkun claimed that the warm disposition of the locals has made the district an attractive proposition for foreigners, especially Brits.

Apart from the British, tourists coming from the Netherlands, Belgium, France, Russia, Libya, Iran and Azerbaijan have chosen to acquire real estate in Didim. "One of the main reasons for foreigners buying houses in Didim is the district's climate and natural beauty," Coşkun said. "On the other hand, the natural products produced in Didim as well as the warmhearted attitude of local people play an important role for tourists settling down here," he continued. As real estate prices continue to remain affordable in the district, foreigners have been buying houses even before construction begins. Since 2000, 15,000 houses have been sold to foreigners in Didim, with 70 percent of these foreigners being British.

Çoşkun said that, according to their budgets, foreigners tend to buy real estate varying from TL 70,000 to TL 500,000.

Due to Kuşadası's location as a coastal district and being close to ancient sites such as the House of Virgin Mary and Ephesus, tourists who visit the district are tempted to buy real estate and settle down. "Apart from the Europeans, people coming from Middle Eastern countries have begun to buy acquire property in Kuşadası."

British woman Lorraine Toms, 64, came to Didim as a tourist 18 years ago. The retired pharmacist said that she admired the city when she first came and decided to buy a house and settle down in the district. Although her children live in the U.K., she fell in love with "Didim's climate, its meals, organic products, living conditions and the warm manners of the locals." She concluded by saying, "My Turkish friends taught me to cook Turkish meals. I am trying to live like them."