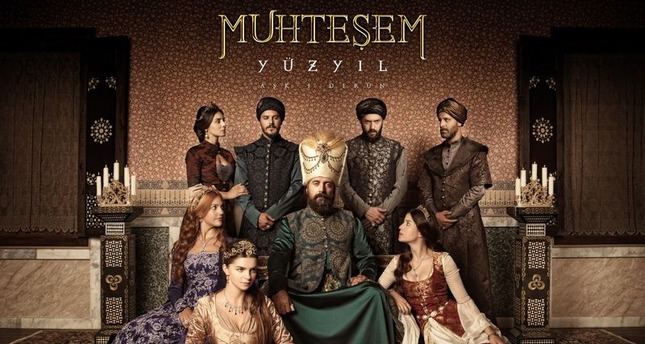 by Daily Sabah Dec 30, 2014 12:00 am
Israel's Channel 9 TV, which broadcasts mainly in Russian appealing to Israel's large Russian-speaking population, has been dealing with hundreds of appeals after the channel stopped broadcasting Turkish TV series "Muhteşem Yüzyıl"("Magnificent Century" in English) for 'technical problems', according to Israel's daily printed Hareetz.

After viewer complaints, the channel announced that it will bring 'Magnificent Century' back at the end of February.

"There have been hundreds of appeals – to us, to the Communications Ministry, to the Cable and Satellite Broadcast Council. My secretary is busy all day long answering phone calls [about it]. Yesterday, someone called on behalf of the CEO of the [Israel] Airports Authority to ask what's happening. It's total madness!" Channel 9 CEO Victoria Gordin said.

According to Hareetz, Channel 9 only acquired the first three seasons of "Magnificent Century." Because of its high cost and the series' owners playing hardball, broadcast rights for the fourth season are still being negotiated. If a deal is not completed, the protests are likely to continue.
Last Update: Dec 31, 2014 9:07 am
RELATED TOPICS