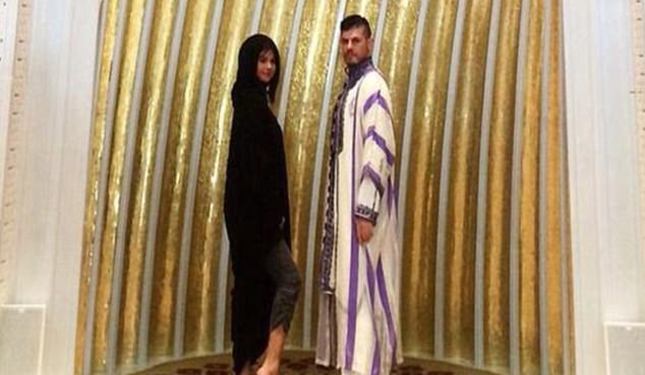 by Daily Sabah Jan 02, 2015 12:00 am
Pop star Selena Gomez has provoked outrage among her Muslim fans by posting pictures of herself flashing her leg during a visit at Abu Dhabi's Grand Mosque.

Gomez shared a second photo on her instagram, showing herself and friends Kendall Jenner, Gigi Hadid, Cody Simpson and Shay Mitchell striking cheerful poses for the camera. Although Gomez deleted the first controversial photo, the second one remains on starlet's instagram account.

It is part of common courtesy for non-Muslim tourists visiting mosques around the world to avoid engaging in behaviors deemed as 'intimate' by Muslim, and they are also asked to wear long skirts and headscarves.