A reading list of international books set in Turkey 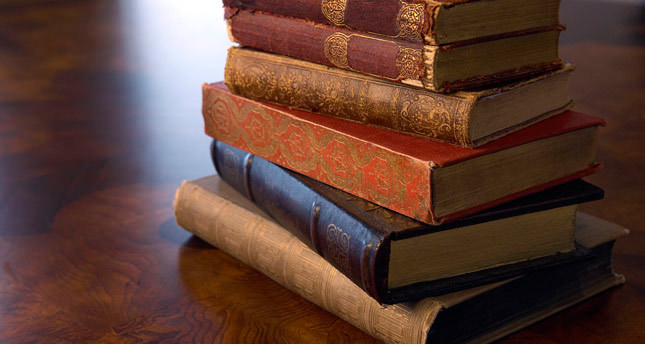 Turkey has long been the source of literary inspiration, so why not spend some time this winter cozying up to one of the many novels that feature the country we call home as their settings

Turkey's diverse history and epic destinations have come to the fore in some of the world's best literary works. The following is a list of novels of varying genres, based in Turkey, with the exception of Turkish writers, travelogues, crime capers and spy novels, all of which constitute categories of their own.

The Water Diviner Russell Crowe's recently-released directorial debut depicting an Australian farmer in search of his three sons in Turkey who all went missing after the Battle of Gallipoli, has been transformed into a book by the film's co-author Andrew Anastasios and his wife Meaghan Wilton-Anastasios. With the recent release of the blockbuster, which was filmed in parts of Turkey, and the upcoming centennial of Anzac day, this is the perfect time to read up on this important time period regarded as the birth of the modern Turkish state.

Perhaps one of the best-known literary works set in Turkey and believed to take place in Fethiye's Kayaköy, a village that also served as part of the backdrop for Crowe's film, and was distributed by the director-actor to those on set, is "Bird without Wings" (2004). This historical fiction by Louis de Bernières, who also penned Captain Corelli's Mandolin, yet another successful film starring Nicolas Cage, tells the story of the collapse of the Ottoman Empire, the battle of Gallipoli and the birth of a new modern Turkey through the eyes of local villagers.

American writer Mary Lee Settle's novel "Blood Tie" (1977), which won the National Book Award, explores the lives of a group of expatriates and the impact they have on the Turks living in a small coastal community along the Aegean. Her later book, "Biography of a Place" (1991), is a fictional depiction of her own escapades in Bodrum and travels through Turkey.

Maureen Freely, an American novelist, journalist and translator for the Turkish Nobel Laureate Orhan Pamuk, has penned a number of books on Turkey herself. Freely's first novel titled "The Life of the Party" (1986) details the expat experience in Istanbul in the 1960's, while her second book "Enlightenment" (2008), is a gripping tale of a Turk being detained in Guantanamo while his American wife goes missing in Istanbul and his childhood love, an American journalist, embarks on solving the mystery. In "Sailing through Byzantium" (2013), her third instalment of an Istanbul-based work, Freely returns to Istanbul in the 1960's for an "End of the World Party" amongst expats, spies, artists and aristocrats only to return 50 years later to make sense of it all.

"The Calligrapher's Night" (2004) by French novelist Yasmine Ghata takes place in Turkey in the 1920s when Ataturk adopted the Latin alphabet and abolished Arabic script, which in turn destroys the dreams of an aspiring calligrapher and the writer's own grandmother, as the once-sacred artists are suddenly marginalized in the face of modern Turkey.

"The Song of Achilles" (2012), by New York Times Bestseller and winner of the Orange Prize for literature, Madeline Miller, is a twist on the Trojan War story and a modern take on Homer's Iliad.

"The Dervish House" (2010) a near-future science fiction tale follows a number of characters tied together by an abandoned dervish house in Beyoğlu during a week-long heat wave in April 2027, and has won multiple awards for British novelist Ian McDonald, including the British Science Fiction Award in 2011.

"In The Lost Ark" (2010), an adventure thriller by J.R. Rain, an ex-National Geographic photojournalist in eastern Turkey is hired to find an eccentric professor who disappeared atop Mount Ararat, the fabled resting spot of Noah's Ark, tying history from Biblical times to the present day.

"Dark Lullaby" (2007) by Mayra Calvani is a dark fantasy horror story, which combines Turkish folklore with the supernatural in a gripping tale about a Western man following a mysterious beauty to her homeland of Rize and the horror that ensues.

"Secrets of a Summer Village" (2011) is a coming-of-age tale of cultural exchange, and tells the story of a 17-year-old American girl spending a summer with a Turkish family on the Aegean coast.

Also geared towards a younger audience, but compelling in itself for its unique steampunk styling is "Behemoth" (2010), Scott Westerfield's second installation of the Leviathon trilogy, a fantasy novel set in an alternate World War I in early 20th century Istanbul. A great find for children's literature is the Nancy Drew story The Mysterious Mannequin (1970), in which Nancy and her pals head to Turkey in pursuit of a mannequin on a tip from an oriental rug.

Saving the best for last…Turkey is also the setting for a number of classics starting from Homer's eighth-century B.C. Iliad up until the French Age of Enlightenment's philosopher Voltaire who travels to Constantinople in what is considered his Magnus opus "Candide," first published in 1759.

"Count Robert of Paris" by Sir Walter Scott, a historical novel published in 1832, is set during the reign of the Byzantine Empire and focuses on the arrival of the first Crusaders. Orlando famously metamorphosed into a woman in Constantinople in the 1928 semi-biographical novel of the same name by Virginia Woolf. In 1934, Agatha Christie penned the detective classic "Murder on the Orient Express" in Istanbul's Pera Palace Hotel, while Ernest Hemingway's 1936 short story "The Snows of Kilimanjaro," which was also made into a movie starring Gregory Peck and Ava Gardner, has the protagonist pay a visit to Istanbul, while serving in the allied occupation of Istanbul in WWI. Graham Greene's 1969 novel, "Travels with my Aunt," tells the tale of an adventure from Paris to Istanbul on the Orient Express.

And of course, who could forget "From Russia with Love" and the image of Sean Connery as James Bond rowing through the cisterns in Sultanahmet in what is one of the most popular film adaptations of Ian Fleming's books. Turkey has in fact always been a popular destination for espionage, crime and murder mysteries, so much so that they deserve an entire list of their own. Stay tuned for the next instalment of "Crime, mystery and spy novels: whodunits in Turkey."