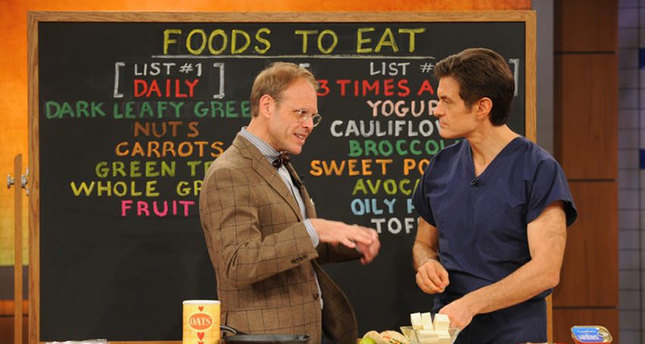 by Ayşe Şahin Jan 27, 2015 12:00 am
The Federal Trade Commission in the US has decided that the diet products promoted by Mehmet Oz—a surgeon and a prominent television personality also known as Dr. Oz-- has no weight loss benefits, and has fined the production companies a total of 9 million dollars to be paid to consumers.

Oz, who has previously been in trouble over the lack of efficiency of the products he promoted, is once again facing harsh criticism after the Federal Trade Commission decided they had no beneficial effects regarding loss of weight. The commission's decision came following an investigation launched into his products following the allegations from a marketing staffer Lindsey Duncan, who claimed she saw no positive effects of his products after Oz hosted her on his TV program. The commission later found her claims to be well-founded.

FTC's director for the Bureau of Consumer Protection, Jessica Rich, said in a statement that the FTC had decided that companies who produce the products promoted by Oz should pay 9 million dollars to the consumer.

The Federal Trade Commission has also previously criticized Oz for calling green coffee extract – one of Oz's products -"magic" and a "miracle", stating that it is difficult for consumers to listen to their inner voices when products are praised by hosts they trust.

Green Coffee Bean Extract, was then found to have no weight loss benefits. Two of the researchers who were paid to write the study admitted that they could not back their data so they retracted their paper.