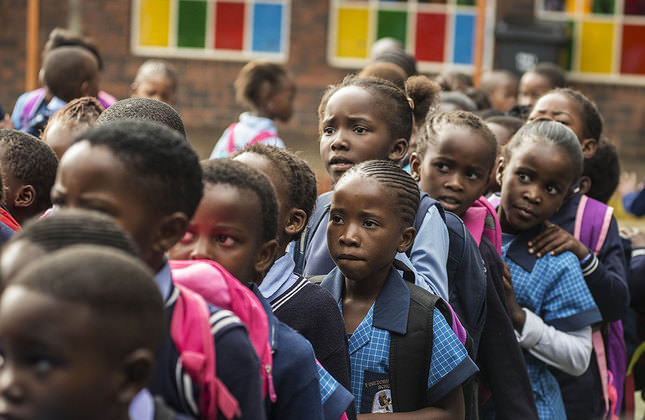 by Anadolu Agency Feb 01, 2015 12:00 am
The information meeting on the reconstruction process of the Turkish Religious Affairs Foundation (TDV) and Woman, Family and Youth Center, hosted by the Istanbul Office of Mufti was held at the Center for Islamic Studies (İSAM) Conference Hall.

Bilgin noted that the foundation, which has been growing bigger by the year since it was founded, established the 29 Mayıs University and compiled the "Encyclopedia of Islam. He further added that building mosques abroad, opening schools, providing humanitarian aid to disasters such as earthquakes, floods and wars, are some of the foundation's activities that led to its success.

Bilgin said that they will restructure the foundation through its vision and mission to make kindness prevail worldwide, underscoring that their aim is to serve humanity in all seven continents, in awareness that they are part of the Islamic community.

He noted that they will reconstruct the structure as well as the mission and vision of the foundation to spread their work to over 100 countries in seven continents. Bilgin who mentioned that the curriculum in their schools abroad is based on imam-hatip schools said, "There are currently over 400 students at our imam-hatip high school in Somalia. We teach their based on the imam-hatip curriculum. We opened a school in Haiti which has 220 students."

"The foundation has brought more than 3,000 students to Turkey to complete their education. These are imam-hatip and theology students. The TDV has 16 schools in 10 countries with 2,954 students. Todate we have 4,389 graduates. We are going to open two more schools in Africa teaching in both English and French. As a foundation, we want to raise youth who are dedicated to the problems of the Islamic community."

TDV General Manager İsmail Palakoğlu emphasized that during the restructuring process, the muftis and foundation's staff were informed through the regional meetings they held in 10 provinces. Palakoğlu who remarked that the foundation reached 995 branches across Turkey through the restructuring process said, "We will once again be organizing certain activities with you to mark our 40th year. In its 40th year, the TDV continues to work to make kindness prevail on earth, in our country as well as 100 other countries in seven continents."