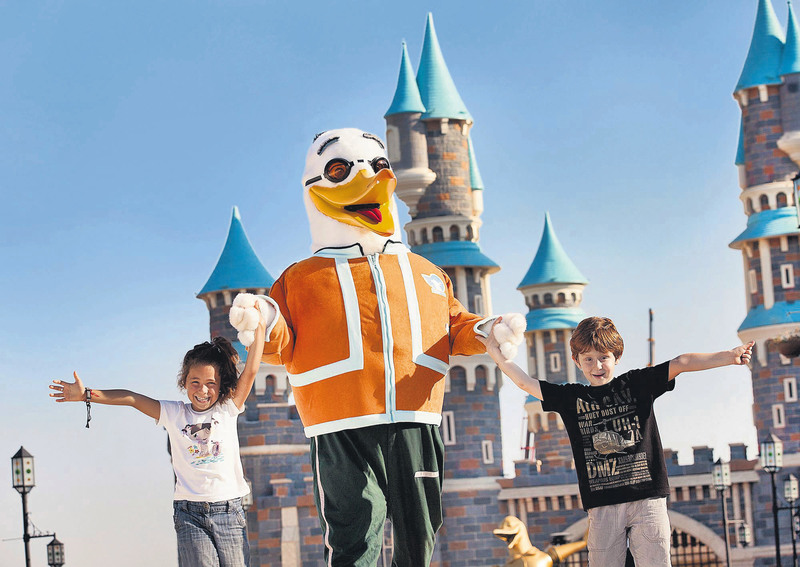 by Anadolu Agency Mar 02, 2015 12:00 am
Located in the center of Turkey and in Europe's biggest urban transformation area, Vialand has drawn 22 million local and international visitors with its theme park, Vialand Palace Hotel and Performance Center, since it opened its doors to visitors.

Speaking at a press conference, Vialand General Manager Tolga Alişoğlu provided insight into the management's events and services. He said that Vialand, which is spread over 600,000 square meters, features a variety of shops that stand out among other shopping malls in Turkey with their architectural design. Covering 120,000 square meters, Vialand Theme Park features the fourth-best roller coaster in the world. The roller coaster, which cost $17 million to construct, can reach a speed of 110 kilometers in three seconds. Moreover, the theme park continues to be the center of attraction with more than 30 entertainment units including "The Dream of Mehmed the Conqueror," which cost $20 million and is spread over 4,000 square meters, as well as the popular "Viking" ride.

Alişoğlu said that the characters that were created for Vialand, such as Captain Gaga, Vega and Apostrof, are featured in storybooks and inspire souvenirs. He also announced that these characters will be the subject of animated films and cartoons. "We will continue to sell Vialand-based products in Turkey as well as abroad," Alişoğlu added. Highlighting the increase in the number of international visitors to Vialand, Alişoğlu said that they aim to host 30 million local and international tourists this year. He also added that Vialand follows Sultanahmet Square in terms of places clocking the most "check-ins" according to Facebook's 2014 data.

In addition, Vialand Palace Hotel continues to be one of the most in-demand hotels for international tourists, operating with an 80 percent occupancy rate since June 2014. "The hotel, which is located next to the theme park, offers comfortable and entertaining accommodation options for guests," Alişoğlu concluded.
Last Update: Mar 02, 2015 10:30 pm
RELATED TOPICS