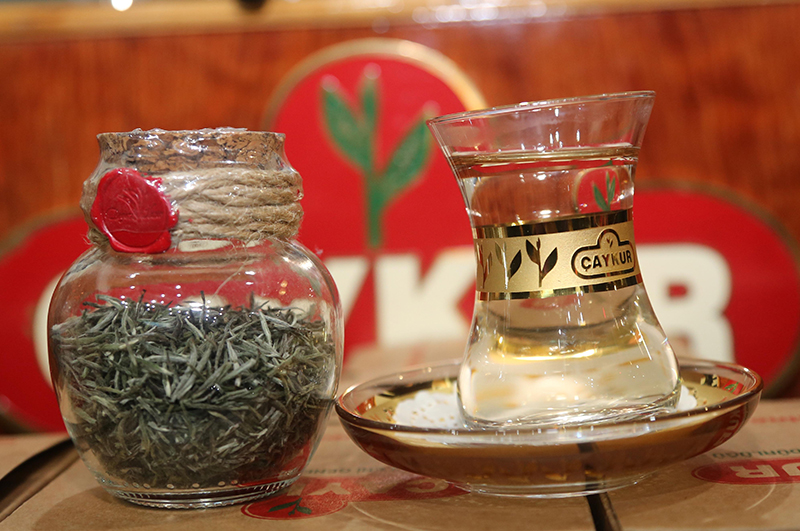 by Daily Sabah Mar 04, 2015 12:00 am
The general Manager of ÇAYKUR (a Turkish tea production company), İmdat Sütlüoğlu, has recently announced that the company have introduced white tea, which was produced for the first time in Turkey last year, to the market for four thousand liras ($1,573) per kilo. Fifteen people have already ordered it within five minutes of the tea being put onto the market.

Stating that 370 kg of white tea was produced last year from 1,531 kg of wet buds, Sütlüoğlu has said that this kind of tea, which is also known as "Tea of emperor", is very precious.

"It is really healthy, beautifies the skin, contributes to weight loss and has anti-aging effects. Besides, it is globally known that it is anti-carcinogenic and rich in antioxidants," he added.

Sütlüoğlu also said that a series of research projects are being carried out in Japan to look into health effects of the white tea.

"We discovered an ingredient in the white tea, with JP53 code name, which stops, minimizes and treats cancer cells. The research is still ongoing, thus it will be put on the market as a food supplement first and will be used as a medicine in future and we, as Çaykur, will directly get involved in the process," Sütlüoğlu said.

Thanking the producers for their elaborate efforts to pick up the white buds one by one, Sütlüoğlu said that Turkey's white tea is more natural than other countries' white tea as insecticide is not used on the tea.