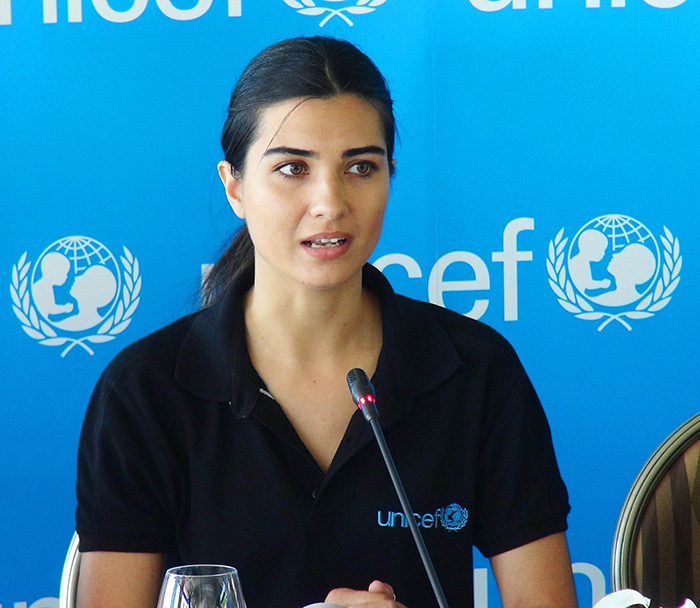 The 32-years-old actress, who is taking a close interest in the plight of refugees, met some of the thousands of women and children who have fled from the Syrian Civil War to the camp. Stating that women and children have always been prominent victims of wars, she expressed her wish that a settlement of peace would be found in Syria, and that refugees who had suffered from the war would be able to return to their home.