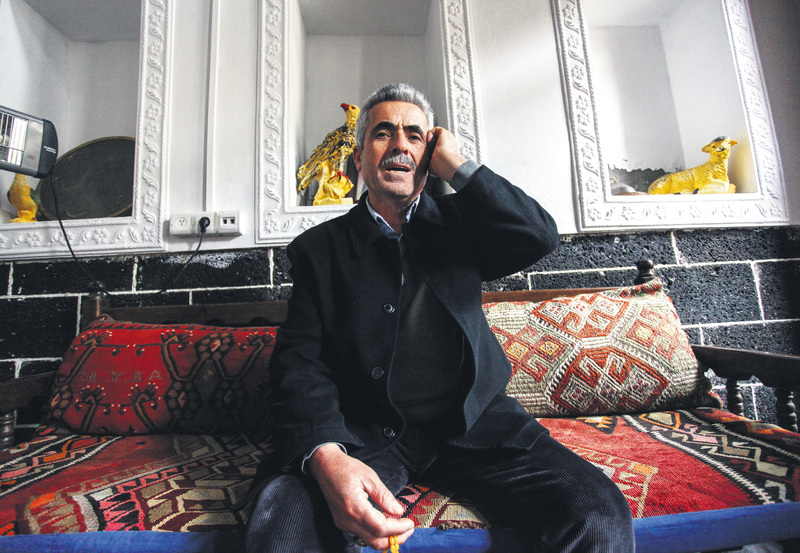 As the peace process continues in southeastern Turkey, there is a revival of Kurdish culture. One example includes the folk songs of mourning called ‘stran,’ which are performed by Kurdish musicians known as ‘dengbej’ at the Dengbej House in the southeastern city of Diyarbakır, which have been compiled on an album

With a 5,000-year history in the Middle East, dengbejs express the region's natural beauty, famed love stories and the sorrow for the death of loved ones through traditional songs, comprising a large portion of Kurdish folk literature.

Hilmi Akyol, the album's producer, told AA that the Dengbej House opened its doors under the commission of the Diyarbakır Metropolitan Municipality in 2007 with a group of 28 folk musicians, including one female dengbej. In the five-member groups, the Kurdish musicians perform songs of mourning six days a week. Such songs are widely performed by the Kurds in the Middle East, but are also practiced by Armenians, Arabs, Assyrians and Chaldeans.

According to Akyol, dengbej refers to the person who performs a "stran" (a song of mourning). "The word 'deng' means voice and 'bej' means 'to sing.' This profession has a 5,000 year-old history in this region. Dengbejs learn thousands of legends, stories and songs of mourning by heart and have kept them alive today," he added. Akyol also stressed the descriptions and metaphors in the Kurdish songs of mourning. "A stran might describe the hair of a young girl in such a beautiful way, as if it was brought from the heavens. You may even be surprised when you hear how they embellish the words while telling about the girl's earrings, attire, hairclip, shalwar [loose pants] and aba [a wool cloth]," he said.

This is why dengbejs are highly praised for their cleverness and their talent in literary descriptions among the locals, Akyol continued. "They are a great source of literature, forming the base of oral Kurdish traditions. Dengbejs can be a reference source for Kurdish cinema and theater for future studies," he said.

Interestingly, musical instruments do not accompany Kurdish songs of mourning. Akyol said some musicians perform strans with modern instruments, spoiling its original style. "Dengbejs have been accompanied by instruments for around 60 years. Classical Kurdish strans generally take three hours, yet if they are performed with an instrument, they would take five or six hours, which sounds rather long and boring," he said.

Those who perform strans with instruments randomly cut some parts, thus spoiling the songs.

Akyol said dengbejs are not well-known in the Western world because Kurdish culture has been banned in Turkey for many years. In recent years, however, university students and foreign researchers have shown an increasing interest in this field. Some of them have already conducted their dissertations on this profession as well.

"Upon the opening of the Dengbej House, we have welcomed researchers from different countries. There were those who stayed here for days and recorded the performances. Some of them wrote articles. Turkish students came here to know more about dengbej for their graduation or mid-term projects," Akyol said. The Dengbej House hosts 70,000 visitors annually and is among the rising tourist attractions in Diyarbakır, attracting many international tourists and researchers.
Last Update: Mar 06, 2015 2:14 am
RELATED TOPICS