Historic Sirkeci train station to be turned into museum 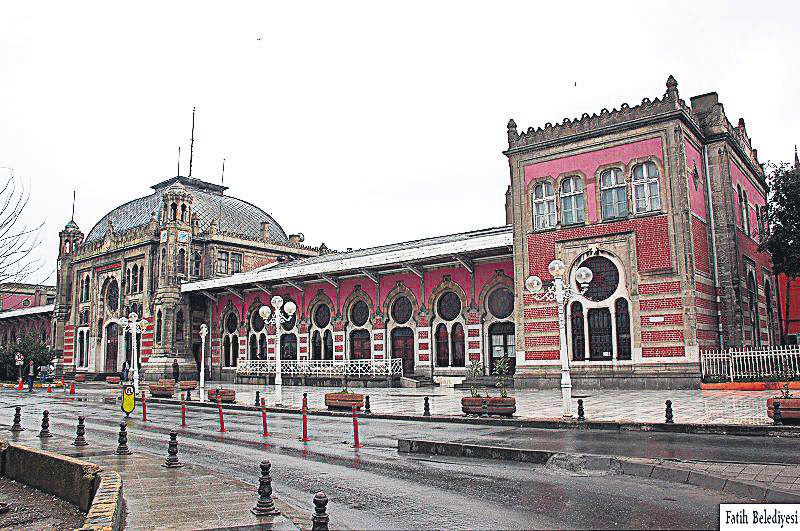 by Zeynel Yaman
Mar 11, 2015 12:00 am
Opened with a glorious ceremony in 1890 in order to connect the Ottoman Empire to the rest of the world, the Istanbul Sirkeci Terminal will become a museum. The protocol concerning the transformation of the terminal into the Istanbul City Museum and Railway Museum has been approved by the Istanbul Metropolitan Municipality (İBB) City Council. The restoration, maintenance and repair work of the terminal, which is regarded as an artifact for its architectural features, will be undertaken by the İBB. The metropolitan municipality had been searching for a place to display Istanbul's special collections to domestic and international tourists for a while, so they applied to the State Railways of the Turkish Republic (TCDD) asking to allocate the Sirkeci Terminal to them. Agreeing with the metropolitan municipality's request, the TCDD approved the handing over of the historical terminal to be used as a museum. The historical building, which will serve as a joint museum for both establishments, will also open for use for tourists. Moreover, following the rehabilitation of the railway between Yenikapı Station and Sirkeci Terminal, the historical terminal will continue to operate in emergencies. The stores and shops in the terminal that belong to TCDD will be moved to another building. Spread over 20,000 square meters, the Sirkeci Terminal will feature a museum of over 8,000 square meters and tourist and cultural facilities, such as a hotel and restaurant of over 12,000 square meters. Built by German architect August Jasmund upon the orders of Sultan Abdülhamid II, the Sirkeci Terminal was designed with an orientalist style, as it is located at the junction of West and East. The historical building, which has been through turning points in history for 120 years, is home to the only railway museum in Turkey. The small museum exhibits objects that were used in stations and trains and is visited by 75,000 people every year.
Last Update: Mar 12, 2015 1:18 am