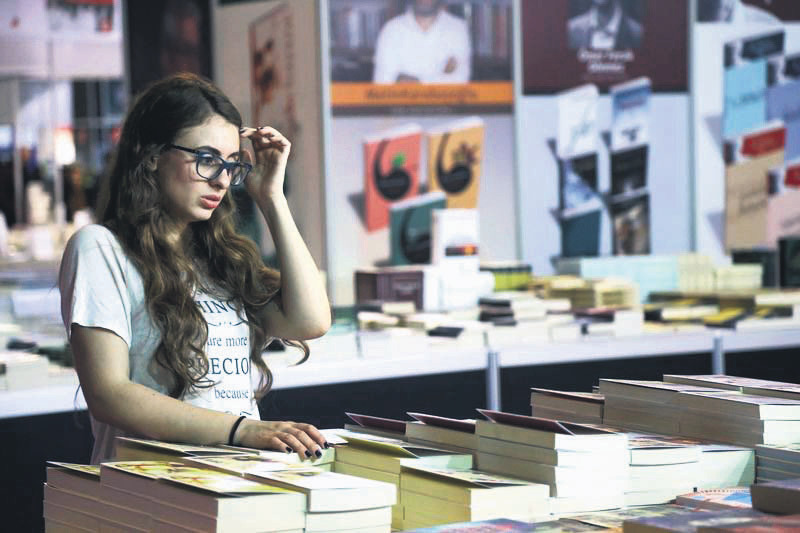 by Anadolu Agency Mar 11, 2015 12:00 am
Turkey claims the 12th place in 2014 in the world regarding the number of published books and the capacity of its publishing industry. The director of the General Directorate of Libraries and Publications, Hamdi Turşucu, said that the number of book fairs in Turkey has increased and their quality has improved, which pleases him and the directorate. He underscored the equality of the investments made to manpower and books for future generations, and said that the proof of it can be seen at book fairs.

Saying that the number of book readers has been increasing every year since the early 2000s, Turşucu said: "People tend to think that there are not enough organizations focusing on books, libraries, art and culture, but Turkey claims the 12th place in the world regarding the number of published books and the capacity of its publishing industry." He emphasized that this development is something Turkey should be proud of, but it is not enough. "We are working on how we can boost the statistics and what we can do more of to continue the improvement. Recently, book fairs have been organized throughout Turkey and they draw a great number of book lovers," Turşucu said.

In 2014, 544 million books were published in Turkey. Turşucu related this increase in the number of published books to the increase in people's purchasing power. "As Turkey's gross national product rose from $230 billion in 2002 to $850 billion [last year], it is possible to see its effects in many areas. Thankfully, we see the positive effects of this increase on book sales as much as other areas," he added. He said that Turkey is the 16th biggest economy in the world and the publishing industry is the 12th biggest in the world. "The numbers are good, but we are working on the quality as well as the quantity," he said.

Moreover, Turşucu offered insights about the details of the Ministry of Culture and Tourism's Translation Subvention Project (TEDA), which was launched in 2005. Stressing that they provide funding for the translation of books in Turkish in order to meet the demands of foreign publishing houses, the director said that they have financially supported the translation of 1,800 books so far as part of the project. He said that 1,350 books from Turkish literature have been introduced in 63 countries, especially in Germany, Bulgaria and Iran. "The books, which have been translated into 58 languages and are read in 63 countries, are actually our cultural ambassadors. We attended book fairs in 14 different countries. We were the guest of honor in Budapest and Chile and we received magnificent feedback," Turşucu said.
Last Update: Mar 12, 2015 1:17 am
RELATED TOPICS