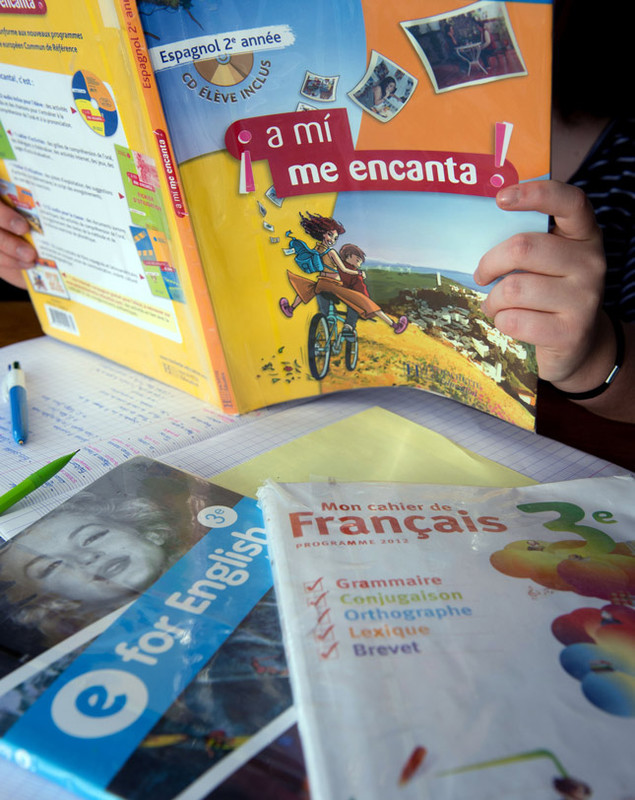 "The French language is not frozen. A language is always evolving," Culture Minister Fleur Pellerin said Wednesday at an event for the annual French Language and Francophonie Week, which launches this weekend.

"Some languages – like English today or Italian in the past – have been particularly generous in offering hundreds of new words to French," she added in a statement for the launch. The government's stance marks a dramatic break with France's previous rigid defense of its language against other tongues, especially English, which is uncontested as the global lingua franca, largely thanks to Hollywood and the Internet.

Before, France stomped on the public use of English loan words. It legislated to make sure all advertising was in French or at least included a translation of non-French terms, it fixed quotas for French songs on the radio and it fought a campaign against terms like "email," "marketing" and "challenge" being used in official documents. Much of the struggle was in vain, however. Today, French businesspeople and youth frequently sprinkle their speech and, yes, emails, with Anglicism's.

Pellerin -- a technophile Frenchwoman born in South Korea who also speaks English and German fluently, and is passable in Italian – argued that French is robust enough to accommodate words from English and other languages without being overrun.

"French is not in danger, and my responsibility as minister is not to erect ineffective barriers against languages but to give all our citizens the means to make it live on," she said. France's 1994 law decreeing that all public advertising must be in French still stands, but authorities are now permitting greater leeway in its application than in the past. French linguists cheered the shift in position, saying it did away with pedantry in favor of a more open approach.

Alain Rey, author of a dictionary on the history of French and a member of the Commission on French Terminology, said attempts to stop the adoption of some commonly used words were ridiculous. He highlighted that the word "challenge," for instance, in fact originally came from the Old French word "chalonge" before being taken up in English. "Passing laws [against loan words] is to tilt at windmills," Rey said.

Haitian-Canadian writer Dany Laferriere said at the French Language and Francophonie Week launch event that "a language needs to live first of all, otherwise it's all just ideology."

Another linguist and author on the French language, Henriette Walter, said that "it is annoying" when foreign words are used to substitute for perfectly good and common French words. "But when one needs a new word for a new object, say a plant that comes from another country, one is rather pleased to have a word to refer to it," she said.

Beginning on Saturday, the French and Francophonie Week celebrates the French language, which is spoken by 274 million people in various countries around the world.